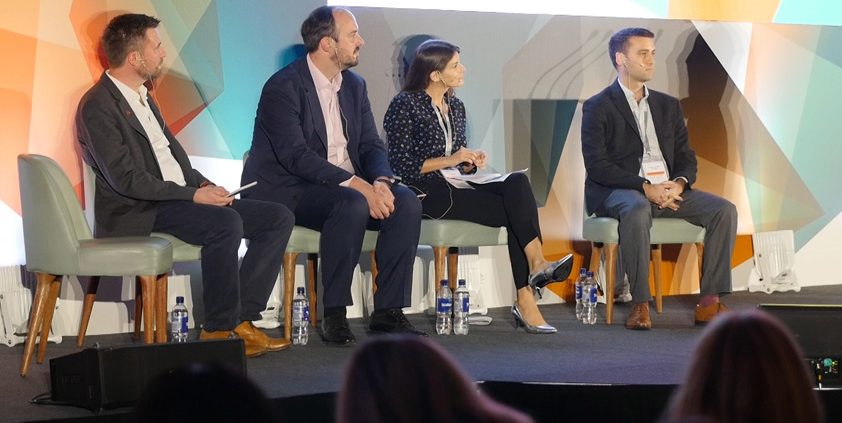 No one seeks a crisis, but being ready for one is imperative when disaster strikes, a packed audience was informed during the Crisis killers: a reputation management masterclass session at Cision’s CommsCon.

In a panel discussion and presentation led by Tom Ritchie, Cision’s VP GTM EMIA, crisis communications experts considered the dangers of letting the media define a crisis, learned why planning is the be all, and why a clever sorry goes a long way.

He was joined on stage by KFC’s head of brand engagement, Jenny Packwood and Ed O’Brien, managing director of crisis communications at Teneo Blue Rubicon. The group analysed the ‘death by a thousand cuts crisis’, ‘managing the unthinkable crisis’ and faced up to the ‘demons of the crisis’.

Be true to your brand voice

In early 2018, Jenny Packwood was forced to deal with the unthinkable when 750 KFC restaurants failed to open across the UK because of major failings in a new distribution procedure. Jenny and her team took 321 media requests a day – about half its average number of yearly requests in a week – and faced over one thousand pieces of coverage globally across print, online and broadcast as approximately 19,000 team members were affected.

The team decided that only the boldest response would suffice for a crisis that had no quick fix or end in sight. Enter the FCK bucket; KFC’s creative mea culpa to their customers and staff. A print-only campaign – because “print is still the land of the statement” – allowed the company to wrestle back control in an honest and human way.

“So often when a crisis hits it is easy, and the most comfortable thing, to retract to that safe place. We actively decided not to do that. We know about our brand, and we know what our tone is,” she said.

The importance of getting on the front foot

In his presentation, Campbell revealed that Gumtree, an 18-year old brand and business, is the largest classified platform in the UK, with one in three adult users. But a failure to support customers through all stages of their transaction on the platform, means the company is seen as great clickbait for the media, as evidenced in the sex for rent controversy.

Get to know your demon

For Ed O’Brien, a company can only tackle a crisis if it has built up muscle memory in “peacetime”, meaning that when trouble strikes the organisation is ready for whatever may come.

Part of this process involves understanding personality traits when pressure rises and adrenaline is high. These demons, as O’Brien describes the internal whispers, drive the worst failing in a crisis – bad decision making.

The three types of demon the audience were advised to avoid include: The tyrant – the demon who believes only they and their team know what to do or can be trusted. “This tends to be the demon that causes people to filter their comms response through one person. What that does is slow you down. For an international firm, it also means that you lose local perspective,” said O’Brien.

The fear-monger demon plays down how bad a crisis is, for fear of getting into trouble. “This drives corporate introspection which allows the outside world to set the agenda.” Meanwhile, the lunatic demon ignores all the planning that you have done, believing that ‘it doesn’t apply to me’. “The reason this is bad is that you are relying on people coming up with a plan and formulating it right at the height of the stress,” he added.

Whilst recognising the demon in others is important, it is also crucial for individuals to face their own demons. O’Brien advises to do you work in peacetime; planning and stress-testing things in advance of a crisis to ensure panic does not take over:

“Be really honest with yourself about what your personal demon is, and what affects you in a crisis. Think about that so you know exactly what that demon is when it comes and you know how to deal with it.”

Opinion: Why “PR” is having a renaissance
Brendon Craigie, co-founder and managing partner at Tyto PR, examines why PR professionals are once again adopting the PR moniker. The public relations industry is in the [...]
News Analysis
Request a Demo and Pricing
Connect on Social:
Storytellers reveal how to develop great campaigns at CommsCon