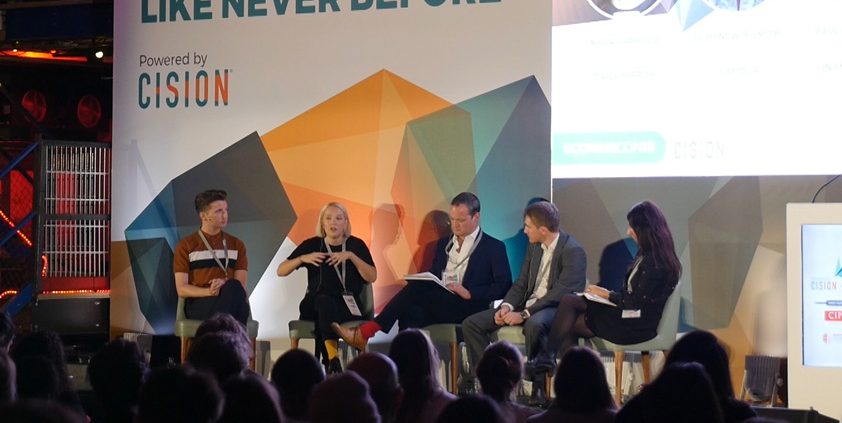 Taking the time to build and maintain relationships is the key ingredient to successful PR-journalist relations. That was one of the key takeaways from the What journalists want discussion at Cision’s CommsCon.

In a panel discussion moderated by Richard Griffiths, director, strategic communications at Ketchum, journalists from national and specialist publications agreed that there have never been as many opportunities for PRs to get messages out there thanks to the rise of digital and social publishing, but too many are failing to consider the demands on a modern-day journalist, leading to a disconnect.

The Daily Mirror’s consumer features and environment editor, Nada Farhoud, noted: “A bugbear is irrelevant emails. Today, I looked at my inbox and I’ve got 92,000 unread emails. If I read all the emails, I wouldn’t be able to do my day job.”

Farhoud was joined by Paul Hodkinson, comment editor and assistant director at Financial News, Ellen Stewart, head of content at Pink News, and Glamour‘s celebrity and entertainment editor Josh Newis-Smith. The group discussed what PRs are getting right and wrong, why understanding what they do is crucial, and the key to a successful pitch.

Staying on the right side of journalists

The panel agreed that there is a lot of good work being done by PRs and that they rely on strong relationships cultivated over a number of years to get stories out. However, they all noted that with time often of the essence, fielding irrelevant emails, follow-up calls or dealing with someone who hasn’t got the answers to the simplest questions, is guaranteed to cause annoyance.

“The thing that drives me up the wall is when you get an email and then a call – ‘I just sent you an email’,” said Hodkinson. “That combination, that order – an email then a call – makes no sense to me. I would have thought it is much more useful to call first and say ‘there’s a story you might be interested in’ then send the email, rather than the other way around.”

Newis-Smith agreed, adding: “It’s about making sure your emails are very personable and that you show a bit of respect for what we do.”

It might seem an obvious point, but keeping the reader of a publication in mind goes a long way to helping a pitch. Misconception about a title can sometimes lead to missed opportunities for getting a client’s story out to a wider audience.

Ellen Stewart elaborated on this point: “People think that because we are a specialist publication, we focus on just LGBT+ issues, that we’re not interested in what’s going on in the mainstream. But on the website, the majority of our audience is actually not part of the LGBT+ community.”

Newis-Smith added: “There’s thousands of celebrities out there, but not all of them are for my audience. It’s about making sure that celebrity works for our audience and thinking cleverly about the celebrity so that it’s relevant.”

How to be pitch perfect

As newsrooms across the industry feel the squeeze of budget cuts and fewer journalists, PRs will be going a long way to making life easier for reporters if they put in the hard yards to understand the demands faced and to be open about what they are looking for.

Hodkinson laid out what works for him: “I like people to be really honest and say, ‘Look, we’ve got this client, what would work for you?’ Do your research. Most journalists are interested in building relationships. That’s what gets you results.”

Fahoud concurred: “Meeting, whether it’s coffee, a breakfast, a glass of wine at the end of the day – whatever it is – that’s the most important thing. That gives PRs a better idea of what works for the Daily Mirror.”

Opinion: Why “PR” is having a renaissance
Brendon Craigie, co-founder and managing partner at Tyto PR, examines why PR professionals are once again adopting the PR moniker. The public relations industry is in the [...]
News Analysis
Request a Demo and Pricing
Connect on Social:
KFC’s Jenny Packwood: Fill the vacuum with positive news