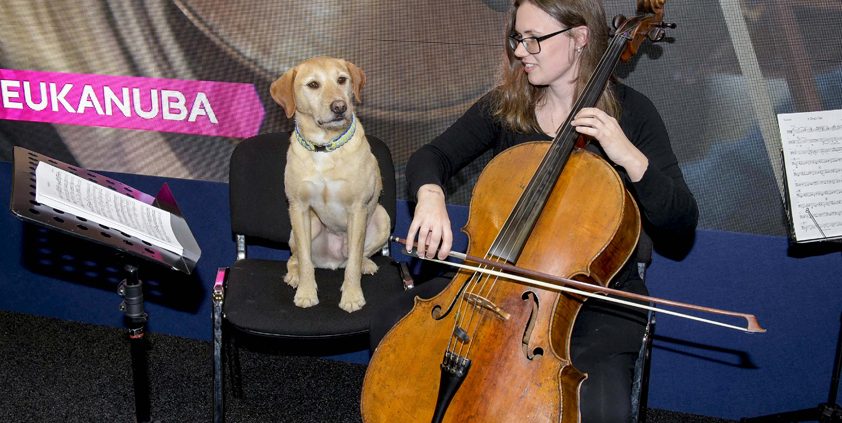 Speed looked to leverage EUKANUBA’s new brand positioning focusing on lifelong wellbeing for both dog and owner by discovering whether classical music has the same relaxing effect on dogs as it does on humans.

The result was A Dog’s Tale, an original score of classical music created using the number of beats per minute that replicated a dog’s resting heartbeat. EUKANUBA’s veterinary expert came together with a canine focus group to reveal a 22% reduction in heart rate after listening to the piece. Following this test, Speed then helped launch the soundtrack at Crufts.

Speed’s plan was to tap into the nation’s pet loving reputation, with the activity designed to use the relationship between humans and dogs to build emotional connection with its target audience while communicating EUKANUBA’s ‘lifelong wellbeing’ message.

With classical music proven to reduce the heart rate in humans and create a relaxing experience, the agency wondered if the same be said for our canine companions?

Working with classical composer Iain Jackson, the team developed an original piece of music aligned to the beats per minute of a dog’s resting heart rate. The performance debuted at Crufts with a 10-piece string ‘pawchestra’ to help EUKANUBA stand out from competitors and drive footfall to its stand, supporting sales and communicating the core message.

Speed developed a behind-the-scenes video showing the creation of the score together with the reactions from a canine focus group to generate visual engagement. The video included shots of the dogs staring lovingly and sleepily into their owners’ eyes to create a “goosebump” moment.

The performance was amplified by an exclusive live feature from Crufts with Alan Carr and Clare Balding on Channel 4, followed by radio interviews and national news to achieve coverage which raised awareness of the campaign across new audiences.

Crufts visitors could enjoy live performances on the EUKANUBA stand while a veterinary expert communicated the ‘lifelong wellbeing’ messaging with on-the-spot prizes awarded to anyone who shared the activity on their social channels.

Given word-of-mouth is one of the most powerful influences for EUKANUBA’s  target audience, Speed also invited high profile pet influencers – the famous dogs of Instagram – to Crufts to meet the ‘pawchestra’.

The influencers were involved in one-to-one interviews with EUKANUBA’s veterinary expert, which leveraged its highly engaged audiences to bring new people into the brand. This was coupled with a robust social and digital strategy to encourage sharing of content and referrals to the website.

The campaign results delivered against objectives by raising awareness with widespread media coverage, delivering audience engagement through social media results and widening the brand’s audience illustrated through spikes in website referrals and traffic.

Opinion: Why “PR” is having a renaissance
Brendon Craigie, co-founder and managing partner at Tyto PR, examines why PR professionals are once again adopting the PR moniker. The public relations industry is in the [...]
News Analysis
Request a Demo and Pricing
Connect on Social:
PR Case Study: Palm PR – Love at first bite