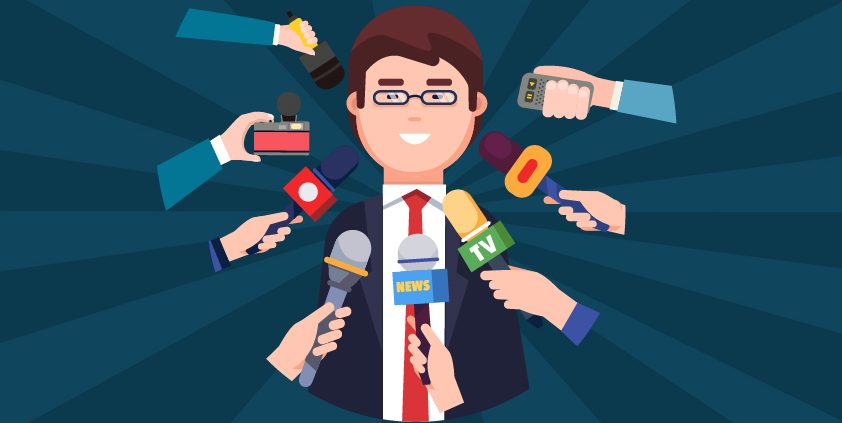 The rise of fake news has led to journalists becoming much more conscious about what they publish, celebrity content director Jack White revealed in Cision’s latest webinar.

Discussing the findings of Cision’s 2018 State of the Media report, both White, who works across Now, Women’s Own, Woman, and Women’s Weekly, and Sean Allen-Moy, account director at W Communications and a former journalist, agreed that the impact fake news has had on trust in journalism is the biggest issue facing the industry.

After the study showed that 51% of journalists surveyed in the UK thought that fake news would make readers more sceptical, White said: “When we talk about how fake news is affecting the media, I think that in many cases audiences don’t believe anything anymore. These days, our news stories have to be immediately believable.”

Allen-Moy added: “We see Donald Trump using the term ‘fake news’ and think it’s a bit of a joke and flippant, but if the most powerful man in the world can describe CNN as fake then it gives licence to people to doubt the news. He’s effectively created catchphrase to any story or piece of information we don’t want to believe.”

Accuracy is more important than speed

White noted that the discussion around fake news and the misinformation of social media meant that it was now more important to publish news which is right rather than to publish first.

This backed up the report’s findings; with 81% of UK journalists saying that their top priority was ensuring content is 100% accurate. Some 37% also believed that social networks and search engines bypassing traditional media has been the biggest test for journalism over the last 12 months.

“As publications we have a responsibility to maintain the standards readers have come to expect; accuracy is more important now than it ever has been,” White warned. “Getting it right is the difference between retaining readers and losing readers.”

Allen-Moy added that journalists should not try to compete with social media users to get news out first and instead focus on being right.

“When you’re competing against potentially every Twitter user in the world, you’re going to find it very difficult to win the race to be first,” he said. “I think accuracy and authority are the key now.”

A recent example of declining trust in the media is the coverage of sexual harassment in Hollywood and the media, which won The New York Times and New Yorker magazine a Pulitzer Prize.

However, Cision’s research suggests journalists are split about the question of how these revelations affected journalism’s image. Some 36% said the coverage strongly enforced the media’s role in such issues, while 29% thought it hurt journalism’s image.

White believes that even a story which showcased the good journalism can do for society was tarnished by a number of outlets running the story with sensationalist headlines and clickbait articles, explaining the split of opinion found in the survey.

“This scandal allowed some publications to use sensationalised headlines and clickbait in a way which would stop people from believing the stories,” he said. “Clickbait might work now, but in the long-term readers will stop believing you and stop coming to your website.”

He added, however, that trustworthy news and content would not require a form of authenticity label in future, as “our label of authenticity is our long-standing brand which does not put out fake news.”

PRs must also be accurate

“Obviously, fake news is a huge concern for journalists and the journalism industry, so don’t try to trick a journalist,” he said. “Don’t try to hide a brand mention, don’t pretend something is new when it isn’t and do not pretend you have an exclusive when you don’t. Journalists have enough enemies and sceptics who don’t believe what they’re saying, so be honest with them.”

He added: “As consumers are more wary and sceptical about the news, then journalists effectively have to be too. What we need to do as PRs is set our standards high and ensure that what we are selling into journalists is accurate.”

Journalists and PRs working together

One aspect of a journalist’s working life which the report confirmed was the importance of working well with PRs. Some 70% of journalists globally said that their relationships with PR professionals remained as important as ever, with 20% saying those relationships are now more important.

Allen-Moy noted that the combination of needing to be accurate, an increasing workload and more space to fill means that journalists need help from PRs now more than ever. This gives PR professionals an opportunity to get their story across, but they need to do it correctly.

He said: “Journalists are busier than ever and there are fewer of them, so help them out, do as much of their work for them as possible. You need to spell out the story to them.”

To find out more about the issues facing the media industry, download Cision’s 2018 State of the Media report by filling out the form below.

Opinion: Why “PR” is having a renaissance
Brendon Craigie, co-founder and managing partner at Tyto PR, examines why PR professionals are once again adopting the PR moniker. The public relations industry is in the [...]
News Analysis
Request a Demo and Pricing
Connect on Social:
WIRED: We want to be surprised and surprise our readers