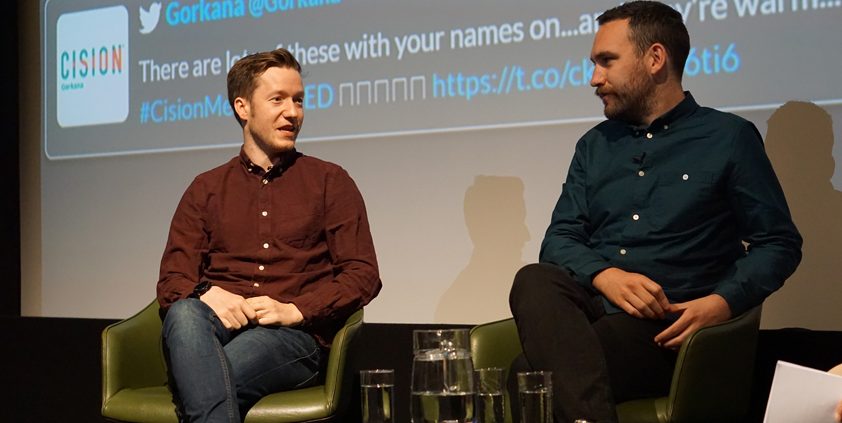 WIRED wants to shine a light on the people driving change across the globe, its senior editor Matt Burgess said today at an exclusive Cision media briefing.

James Temperton, the title’s digital editor, highlighted its coverage of Russian trolls and Brexit to illustrate how WIRED provides in-depth analysis, often before a story breaks as hard news.

“Everything we do is looking at the future,” said Burgess. “Obviously innovation is not limited to one field. It’s not technology, it’s not science. It’s across everything.”

“You’ll have read the headline,” added Temperton. “We’ll look to explain the headline and tell you what you need to actually know about that story.”

One of the first pieces of advice Burgess was given when he joined WIRED was that the title is interested in stories, not themes.

It’s not interested in writing generally about the future of sleep technology, for instance. But if you have a pitch about a new technology that’s helped someone sleep for the first time in 50 years, that might have legs.

“We’ll cover a wide range of stories – from those about travel infrastructure to the latest space discoveries and everything in between,” he said. “One of the big things for us, and it may be even more important than exclusivity, is access.

“If you can get what really matters about that pitch in the first couple of sentences, then you’ll at least get out attention,” added Temperton. “You’re coming to us a month in advance and you’re putting forward people we can speak to over the phone who have been directly involved.”

WIRED wants the story ‘behind the headline’

With just eight editorial staff, each dedicated to a different beat, WIRED is less reactive than ‘news breaking’ media outlets. Its ability to provide in-depth, informed coverage is what makes it unique.

“Quite often, when we’re reporting or telling stories we come down in the middle, because actually the world is very complex,” he added. “There are a lot of competing different factors going on.”

“A good journalist is a journalist that isn’t in the office,” said Tempterton. “You tend not to tell the best stories if you’re just sitting at your desk all day.”

“We moved at the start of this year to having dedicated section editors that are working across print and online,” he continued. “There’s a lot of forward planning. We’re working on stories at the moment that we’re not going to publish online for at least a couple of months.”

For its print edition, WIRED’s editorial team works around three months ahead of publication. It treats digital like print, and often holds stories back rather than publishing them immediately.

Crucially, the title wants direct access to the people driving a story. It’s not in the business of daily news, and needs to provide readers with unique perspectives and insights.

“If someone comes to us saying ‘there’s an embargo, it’s breaking 11am tomorrow morning’ and it’s 4pm the day before, we’re not going to cover it,” said Temperton. “Give it to us two weeks in advance, next time.”

Burgess added: “If it’s working with an external company or something like that, we try to look for as much information in advance under embargo.”

The title is committed to promoting diversity

Temperton responds to a question from Anwer Ismail, Cision’s head of relationship management

Temperton argued that technology isn’t the narrow niche it once was. It has become part of the fabric of society, and WIRED’s remit has widened as a result.

“Our readers are increasingly just the general public, rather than people who have a specific interest in science or technology or business,” he said. “They want to know how technology and the world that we write about is involved in the wider world.”

“We’re looking every single week that we work to bring that back so it’s 50/50,” he said.”The more stories we can tell about diversity in technology and science and business, the better.”

“The magazine does work to a 50/50 gender split in terms of faces on pages and the kind of people that are quoted in stories,” he added. “We’re working incredibly hard to make the magazine as diverse as the world that we write about is.”

“There is still that core audience section we have of people who are very informed and involved in the technical world,” Burgess added. “Maybe they’re a developer at one company and want to know what’s going on elsewhere and the things that could impact them.”

For further opportunities to meet and connect with WIRED’s editors, you can find them at the Viva Technology festival in Paris on Thursday 24 May, go to a WIRED event or email Kim Vigilia at kim.vigilia@condenast.co.uk.