It’s an interesting time to be a woman. Over the last couple of years, movements like #MeToo, #TimesUp, the Everyday Sexism project, and the seemingly endless torrent of new sexual assault and harassment allegations have highlighted what women have known for centuries – that being female can be very difficult.

But it’s also never felt more exciting, empowering and uplifting to be a woman – at least in my experience. Despite every day bringing a new example of sexism, discrimination and violence against women, there is still a sense that real change is afoot.

Take International Women’s Day, for instance. Once only observed by a small minority, it has blossomed into a mass celebration. Brands are getting in on the act, talking about women in their organisations and celebrating their contributions. Celebrities share photos of the women who have inspired and influenced them – for example, Hailee Steinfeld  and Alicia Keys.

Sounds great, right? But when we tracked social media conversation for International Women’s Day, celebration of inspirational women accounted for the vast majority of content this year (two thirds of the social media posts tracked by Cision across March 6-10). Far less discussion, however, focused on the specific challenges facing women, or what actions are needed to make real and lasting change.

Brands in particular steered clear of any controversial or difficult topics (74% of conversation from brand handles on social media was focused on saying thank you to inspirational women). Not that this is surprising – they understandably want to avoid embroiling themselves in a complex political, social and economic debate.

But several attempts to play it safe ended up backfiring. McDonalds flipped their golden arches upside down, in a stunt that was labelled “McFeminism” by many. Barbie released a range of dolls of inspirational women, but the sanitised depiction of these “Sheroes” drew much criticism.

These brands would perhaps have been better off either engaging with the issues fully, or avoiding them altogether.

It can be very tempting for brands to try to align themselves with conversations that are part of the zeitgeist. They see causes like #IWD trending, reaching millions and taking up editorial space, and they want to a) get a slice of that pie and b) show that they are ‘current’, that they ‘get it’, and make consumers feel that these brands are on their side.

But as the backlash to these PR stunts demonstrates, it’s not that easy. Much like pursuing vanity metrics (sorry, I am an insights geek after all!), it’s not enough to chase retweets or likes with no specific aim in mind. If brands want their female audiences to believe that they really want to #PressforProgress, then they need to prove it by issuing clear objectives and calls to action – such as increasing the number of girls studying STEM subjects; partnering with non-profits to improve access to education and healthcare for women in the developing world; creating a safe and encouraging workplace for women; or taking action on the gender pay gap.

And they need to make sure that their tactics meet their objectives – Barbie no doubt intended to improve its reputation by creating the Sheroes range of dolls (a diverse range of women, ethnicities and job roles) but the dolls themselves still conformed to the Barbie standard – slim waists, long, thin legs and arms, and smooth complexions.

At a time when we’re still talking about how much makeup women should wear at work, it’s vital that we don’t get lulled into thinking that seeing lots of tweets and Facebook posts tagged with #IWD2018 is a proxy for real change. Real, impactful change needs objectives, evaluation and listening to relevant stakeholders. 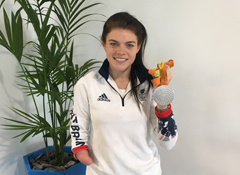 Lauren Steadman: You have to make mistakes in order to progress
Team GB paratriathlete Lauren Steadman discussed her experience dealing with losses of confidence, failure and having the bravery to realise your potential in front of a [...]
Company News 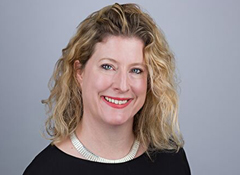 Opinion: The PR industry is (finally) striding towards gender parity
Launch director Niki Wheeler looks back on some of the great women she’s encountered over the course of her career and considers how industry attitudes are changing for the [...]
Features 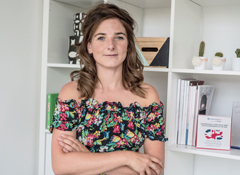 60 Seconds with LFA and PR Dispatch founder Rosie Davies
Rosie Davies, founder of the Lifestyle & Fashion Agency and PR Dispatch, talks about her experiences as a young female entrepreneur in PR and the future of her agencies.  [...]
Interviews
Request a Demo and Pricing
Connect on Social:
Cision Insights reveals the top tech media trends from CES 2018