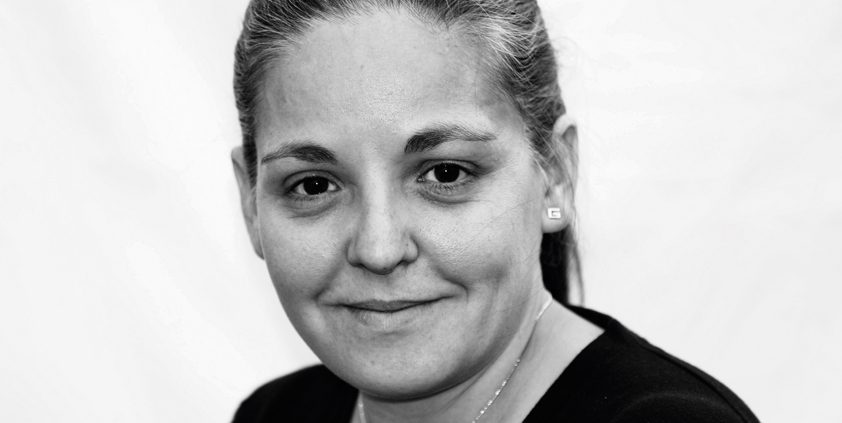 Classic Rock editor Sian Llewellyn talks about profiling the world’s greatest female rock stars, her relationship with PRs and how to get up-and-coming acts featured in the magazine.

The catalyst was when we ran an online poll recently and asked people to tell us what they considered to be the greatest rock albums. All the usual suspects were present, but we also noticed that of the Top 100 albums only one band with a woman in its line-up made the cut – Fleetwood Mac, a band who we featured on our cover a few months ago.

Female artists rule the pop and country worlds, and it’s not like there’s ever been a lack of women in rock. Hell, women invented it! But because they’re generally not as big commercially, magazines tend to cover them less.

Why do you believe it’s important for journalists to support the careers of female musicians?

I think it’s important to try to support the careers of all musicians where we can, gender be damned. Just being female doesn’t automatically make you good, you’ve got to be good. And as this issue illustrates, there are (and, crucially, have always been) loads of brilliant female musicians making stellar rock music.

Just like in all industries, we’ve always been there. But, perhaps now is the time to shout a little louder about it.

How would you describe the typical Classic Rock reader? Who are they and what sets them apart from readers of Prog or Metal Hammer magazine?

In terms of differences, the Hammer readership is younger, Prog maybe a fraction older. While we’re still a niche title, Classic Rock has a broader remit in terms of the music and bands we feature than Prog and Metal Hammer. The latter is even more specialist and can go deeper and bigger on bands in their chosen genre, where those bands may only get a mention (and sometimes not even that) in Classic Rock.

What is Classic Rock’s relationship with music PRs like? And what opportunities are there for them to get their acts coverage in the magazine?

For the most part, it’s great. I like to think we’re approachable, open to suggestions and ideas. I hope we try not to be snooty about it. Often, we’ll get tipped off about a new band because they’ve sought us out directly and we try to listen to as much new music as we can. And, I promise that we also try to reply to as many emails as we can. (Even though it seems like an impossible task sometimes!)

There are a few PRs who seem to forget we exist, or – and this is probably the biggest bugbear – decide that something is “not for CR” without actually asking us first!

Do you welcome story pitches from PRs? What would you say makes a great pitch?

Of course. I think anything beyond: “Hey, my band [insert name here] has a new album/tour [delete as applicable]. Do you want to talk to them about it? You can have 20 minutes in an anonymous record company boardroom,” has legs.

Let’s try to do something different with them. After all, some bands release an album almost every year, or tour every November ad nauseum. While those new album stories are important, it can get also very dull very quickly if that’s all a magazine is filled with.

I want to keep our readers interested in and excited about the bands they care about. I don’t know – let’s take some exciting photos, put the band in a unusual context, get to heart of their personalities, go on tour with them, go record shopping, visit a venue they used to play – something like that.

I still remember the mix CD that was stuck to the first music magazine I ever bought. What can this kind of exposure mean for a band? And how does Classic Rock decide which acts to include on its mixes?

We’ve heard from bands and labels that a slot on our CD can mean a great deal in terms of alerting people to the band’s or a new album’s existence. We hear the same from readers too as we tip them off to what might become their new favourite band. After all, while everyone can sling on Spotify these days, how do you know where to start?

Radio has lost a lot of its power and frankly, they don’t play the new rock of the sort we cover anyway. Or if a station does play rock, it’s invariably the same old same old stuff. Even if a heritage band has a brand new album out, they still play the massive hit single from 1973 that everyone has heard a million times. It’s hard for people to discover the great stuff that’s out there now. So where can they hear and discover brand new rock? Well, our CD is one such place.

In terms of how we decide, it’s entirely merit-based. Nobody can buy their way onto a Classic Rock CD. It can be a new track from a big, established band (e.g. this month we have a track from Blondie’s latest album) nestled next to a track from a band who got in touch and sent us a track on spec that we liked. We are limited by labels who will allow us to licence for covermount (a couple of majors prohibit it, which is a shame if they’ve got tracks we’d love to shout about), but that’s it.

What up-and-coming female artists are you listening to at the moment? And whose careers do you think will blow up in 2018?

Over the last few years at Classic Rock we’ve been taken by Royal Thunder, Blues Pills, Halestorm, Beth Hart, Joanne Shaw Taylor and Deap Vally – all of whom have been going from strength to strength, so we’re looking forward to seeing what they come up with next.

But there’s loads of great stuff across the whole heavy music spectrum that Classic Rock, Hammer, Prog and TeamRock covers, whether it’s straightforward rock or metal or pop punk or prog or outlaw country or sounds that defy classification. You’ll probably be hearing more of Starcrawler, Black Moth, Myrkur, Venom Prison, Beatrix Players to name but a scant few. I could go on, but you’ll just have to read our magazines and visit our websites.