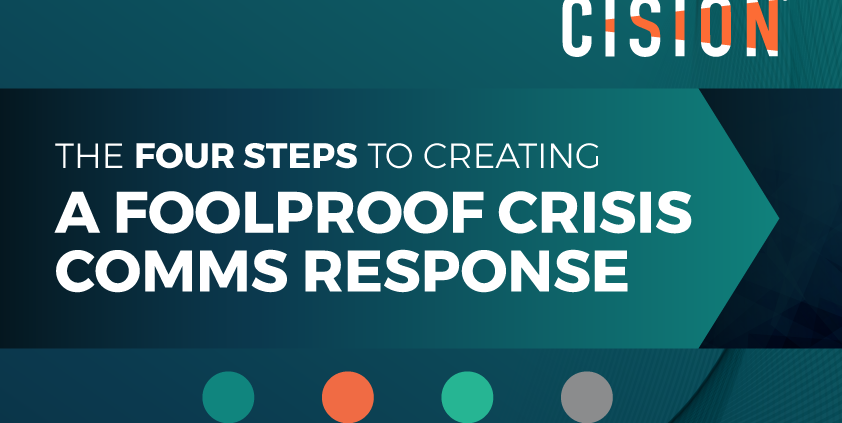 Perhaps the most important role for a PR is to be able to guide their company or client through a crisis.

Given that nothing can wipe reputation, prestige and share price from an organisation quicker than a PR crisis which is spiralling out of control, crisis communications is, ironically, one of the best ways a communicator can illustrate their value to an organisation.

What is key from an organisational standpoint is that its comms team, whether it be in-house or an agency, projects an aura of calm and certainty which spreads to the rest of the group during a crisis situations.

For comms professionals to be able to provide the assurance that everything is going to be okay and that they are handling the crisis, they need a plan and a method which can be implemented as soon as an organisation enters a crisis situation.

In our latest white paper – The four steps to creating a foolproof crisis comms response – we explore the four key areas communicators need to cover to ensure their organisation can get on the front foot during a crisis while being secure and consistent in its response.

Items covered in the white paper include:

To gather valuable insights into how you can survive a comms crisis, download The four steps to creating a foolproof crisis comms response by filling in the form below.

Opinion: Why “PR” is having a renaissance
Brendon Craigie, co-founder and managing partner at Tyto PR, examines why PR professionals are once again adopting the PR moniker. The public relations industry is in the [...]
News Analysis
Request a Demo and Pricing
Connect on Social:
Opinion: Lack of CEO engagement in comms impacts business growth