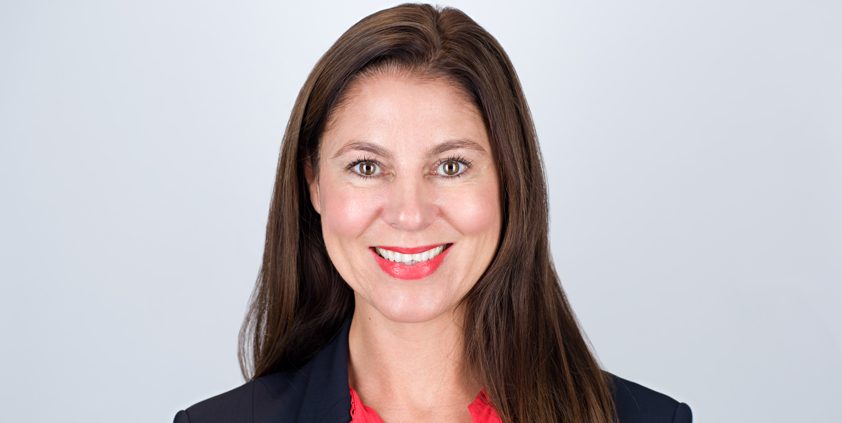 We spoke with Angie Vaux, Cision’s VP of sales, about her path to top, the challenges she’s faced – and why the future has never looked brighter for ambitious businesswomen.

Cision is profiling some of the most successful women in PR to mark International Women’s Day. What makes this year’s event particularly symbolic?

It also recognises the struggles previous generations went through to get to this point, and the milestones we’ve hit along the way. (In February we celebrated 100 years since the first British women got the right to vote, for example.)

The scandals we’ve seen in recent months have really brought women’s empowerment to the fore. There’s still a way to go, but I think this year will mark a turning point for female empowerment. That’s why I’m really excited to see what the future brings.

So, what’s your role at Cision? And what drew you to the company?

I’ve recently joined Cision as the vice president of sales.  This is my fourth week, so it’s still relatively new to me. What’s really struck me is the company’s approach to diversity. It’s great to see different cultures and backgrounds represented in the business.

The recent launch of Cision’s Empower initiative was a particular highlight, for me. I think having a dedicated innovation network for women will prove to be a valuable resource.

I would love to see a lot more women in management as well. And I hope that, with my appointment, I can be a role model for other women in the business – to help them see that there are opportunities for women to smash through the glass ceiling.

Historically, the sales floor has been a male-centric environment. Do you think that’s changing? And what more can be done to promote inclusivity?

Through most of my career I have worked in a male dominated environment. I’ve been in the tech industry for many years, which has been very heavily male dominated – particularly in sales.

I also worked in Asia for more than a decade. And again, it’s a very man oriented and very hierarchical society. So, going into that environment as a much younger woman was actually really challenging. But at the same time, succeeding as a woman in environments like these was also very empowering.

There are changes that are happening, although there is still work to be done. The benefit of being in the media and PR industry is that by its nature there are more female professionals – and I’d love to see that spread into other industries.

What challenges have you personally faced over the course of your career?

Particularly early on in my career, even though I was very fortunate to have a seat at the table, people didn’t necessarily give me a voice. I really had to fight to have that voice, to articulate my position and to make sure that I was actively included in meetings.

I’ve always aspired to have role models and was lucky that I was mentored by the company CEO. At our Empower launch this week, we were fortunate to have the Paralympic silver medallist Lauren Steadman, who spoke about having the confidence to succeed against the odds and in spite of her disability.

What advice would you give to a young woman who aspires to holding a leadership position one day?

Think big. There’s never been a better opportunity for women to make a mark in the world. We have a female prime minister. We have a female chancellor in Germany. And the fact is the sky’s the limit for talented, ambitious women.

For me, the key was taking on board people’s comments in meetings and having the confidence to speak up and articulate my opinion. (Now people can’t shut me up!)

Of course, perseverance is equally important. If you encounter someone who wants to hold you back or squash your dreams, don’t let them. You have a right to a voice – and I honestly believe that with enough grit and determination, you can achieve anything.

Daily Mirror’s Nada Farhoud: The relationship is the most important thing
Taking the time to build and maintain relationships is the key ingredient to successful PR-journalist relations. That was one of the key takeaways from the What journalists [...]
Features
Request a Demo and Pricing
Connect on Social:
Abe Smith: I can see clearly now…