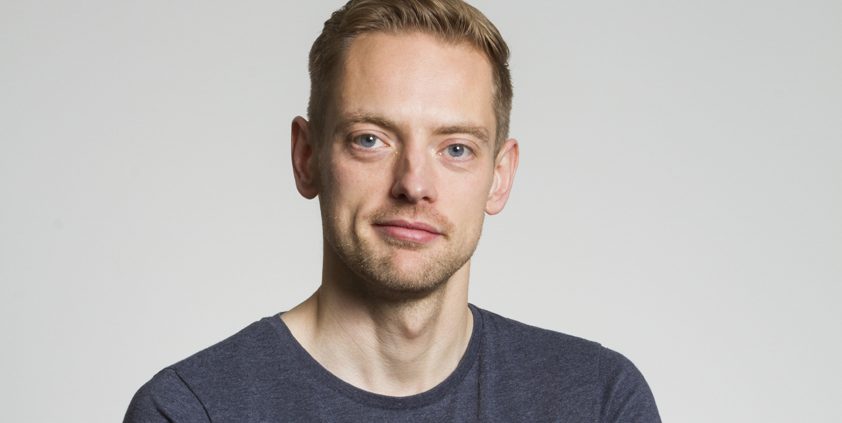 Gareth Beavis, TechRadar’s interim global editor-in-chief, talks about the brand’s 10th anniversary, what tech stories he’s working on in 2018 and being caught out by Pokemon Go.

TechRadar recently celebrated its 10th birthday. How has the website evolved over the years?

We’ve gone from being a simple news site that offered a sparse amount of tips to one that spans countless buying guides, some of the web’s most in-depth reviews and long-read features that offer a view on the full breadth of tech.

However, our main change has been from a general news site to one that’s laser-focused on helping people get the most from their tech – whether that’s learning what the right thing is to buy, how to buy it or what could be coming down the road.

The tech industry has also changed rapidly over the past decade. What would you say are the biggest stories the title has covered?

For us, it’s always product-focused. So, the iPhone 6 and iPhone X have been huge stories that have had people hooked for over a year before launch.

However, the biggest surprise was the sheer impact of Pokemon Go. We’ve never seen interest in something like that before. And it was a reactive roller coaster having to constantly change to offer the top news, information on updates and ‘how to’ content on getting the best out of this title that non-tech fans were suddenly aware of.

Today, TechRadar.com receives 30 million unique visitors per month. But who is the typical TechRadar reader? And what are their interests?

We’re proud that TechRadar readers are really varied. They’re people who want to know what the latest tech is and what to buy.

We take our buying guides and reviews incredibly seriously, and write them for that audience. We don’t assume reams of knowledge. We just make sure we tell them how key products are different and arm them with the tools to make up their mind. (As well as sniffing out the best prices, as that obviously makes a huge difference over whether someone will buy something.)

Your beat is phones, tablets and wearables. Who else makes up the TechRadar team? And who looks after what?

We’ve got a large team spanning the globe now, and it would take too long to name everyone. (Although we genuinely have some of the best writers and editors I’ve ever worked with and I would love to call them out individually.)

However, myself and Marc Chacksfield, currently interim global editors-in-chief of the site, are founding members of TechRadar along with James Rivington – who is now the editor in charge of e-commerce for TechRadar and other sites within Future Publishing.

What are the big tech stories you’re looking to cover in the coming months?

We’re seeing a lot of interest in the new Samsung Galaxy S9, which will be announced at the Mobile World Congress in Barcelona, where we’ll see countless other top phones launched too.

We’re also not far from E3, where we’ll see reams of games content emerging, and Apple’s WWDC. There, we’ll get our first taste of iOS 12, which we’re anticipating could bring some big changes to the way we use iPhones.

We love to work with PRs. They’re the conduits for the information we need. What we like most is the personal approach – a PR that knows a story will fit our site and doesn’t just add us to a random mailing list.

We cover so few pitches that they need to be special – an exclusive take on a story, an interview that nobody else has (or access to someone that would be willing to talk candidly on a subject) or just something that’s not broken yet and is being pushed to us ASAP as a matter of courtesy.

The simple approach is the best. A dedicated email to the right channel editor with a reason for thinking something might get coverage will always go down well. (CC-ing in news@techradar.com will also make sure the whole team sees it.)

Cold calls about a story that was sent out hours ago aren’t going to be worth the effort. Also, we often add things to round-ups down the line. So, if a pitch isn’t taken then it doesn’t mean it’s dead, and we do consider everything relevant that’s sent to us!

Finally, what’s the best tech investment you’ve made to date, and why?

This was a long, long time ago. But I’ll always have a soft spot for my Archos 5, which was one of the first devices that could show you video on the go.

A huge personal media player that could store dozens of hours of recorded TV. Suddenly my commute became a tech-filled nirvana, but made me look like a total weirdo for watching a handheld device. Now, everybody is glued to their smartphones in exactly the same way!

Opinion: Why “PR” is having a renaissance
Brendon Craigie, co-founder and managing partner at Tyto PR, examines why PR professionals are once again adopting the PR moniker. The public relations industry is in the [...]
News Analysis
Request a Demo and Pricing
Connect on Social:
Meet the Journalist: The Semple Edit founder Maggie Semple