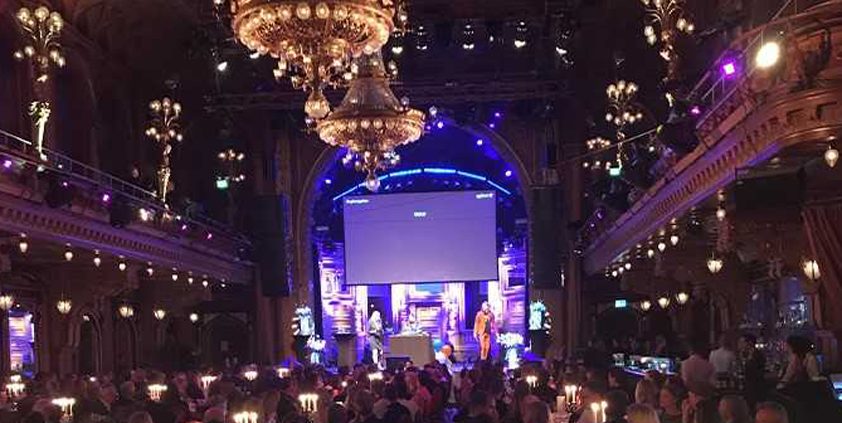 Cision has had a long term commitment to promoting and supporting the PR industry, which means for the last five years, we’re proud to have been the main sponsor for the annual Spinn Awards.

During seven out of the last ten years I have had the opportunity to be part of the judging panel which crowns the winners, and it has been a genuine delight to read almost 200 PR case studies each year! Being on the panel has given me so many valuable insights into what great PR looks like, and additionally, it is an annual festivity that I always look forward to.

These are the main things that have changed over the last ten years:
Historically, only PR agencies used to enter the competition – today, it’s these consultancies as well as marketing, digital and advertising agencies who enter, often in conjunction with each other. This is an indication that the silos are breaking down between all the different marketing professions.

Measurement has evolved so much during my time on the jury. In the beginning, a lot of entries would talk about number of articles and reach figures. Today that is very seldom the case. Now, you need to prove business impact if you are to win prizes – as well as customers, and boy, are the agencies good at proving their impact!

Nowadays I read more about increased sales figures, traffic to websites or measurable changes in attitude to name a few parameters, as opposed to number of print articles. And as business impact has been proven investments in campaigns have increased. Surely that is basically how business works – show me the measurable results and your boss will increase the budget they’ll allocate to you!

Having said that, what did I think about this year’s entries? It is interesting to see how quickly we adopt best practices these days. What would have won the awards two or three years ago is now just seen as good PR work. So a lot of the entries are great craftsmanship but do not push the boundaries of great PR.

This year I had two personal favourites. The first one is “The Original Brushes of Edvard Munch” by Abby Priest for Adobe, which won the Best PR campaign for the B2B category. The campaign brought together the real world with the digital world with some time travelling. I thought there was brilliant craftsmanship and a great understanding of its target audience. It supported the underlying business and delivered business impact!

My other favourite was ”The unequal price” by ORD & BILD for Fotografiska. If my first favourite was an intricate campaign with many layers, this was the opposite. It was based on the simple idea that everybody is equal. However, this is not always the case and the campaign showed this in a simple and brilliant way.

The average difference between what a man and a woman in Sweden is paid for the same job is 13%. Fotografiska chose to increase the entrance fee for male visitors by this amount on International Women’s Day. Afterwards, it posted on Facebook and, without any sponsorship whatsoever, had a viral hit on its hands.

What impressed me most about the campaign is that simplicity, truth and courage works – something that in the era of big data, measurement and ROI, we sometimes forget. However, what unites my two selected campaigns is a deep understanding of the target audience. So whatever you do – make sure that you understand what motivates and engages the people you want to influence!

Alexander Mason is a frequent lecturer on earned digital marketing with close to twenty years’ experience in the industry. He has been part of the Spinn jury for seven years as well as hosting Cision and Sweden’s largest pod about earned communication, called “Passion för kommunikation”.

Our key takeaways from CommsCon
We promised that CommsCon would be a day of discussion, insight and debate, and judging by the response we’ve had from our delegates, we are delighted to have lived-up to the [...]
Industry News
Request a Demo and Pricing
Connect on Social:
People@Cision – Meet Kunal, senior client services executive