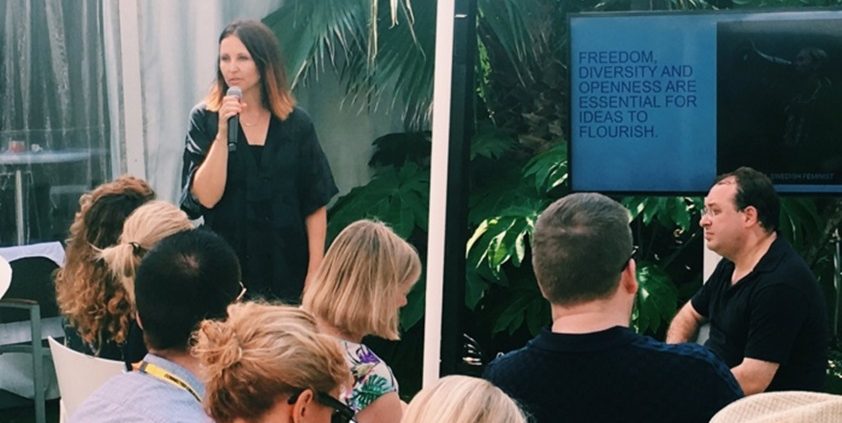 The future for women in PR will be getting paid the same as men doing the same job and having gender balance in the boardroom, writes Angela Oakes of Global Women in PR.

But we’re a long way off this future. In the present, the global global gender pay gap in PR was £12,600, with men earning on average 19% more than women, according to our Global Women in PR 2016 survey.

Only 16% of senior roles on agency boards and in-house communications directorships are held by women – despite the global PR industry being two-thirds female.

The industry is losing droves of talented women at mid-career level. This has to change, and in this piece I’ll explain why and how.

But first, allow me to plug our GWPR 2017 survey. Please complete it, to help us to see what changes the industry is making. We need men to complete it too.

The findings of the survey will be revealed at the International Communications Consultancy Organisation (ICCO) Global Summit in Helsinki in October.

The industry needs to understand that there’s a commercial imperative to achieving gender equality, as well as a moral imperative.

This view was articulated by Karen Khan, the chief communications officer at HP, who was one of the speakers at a panel debate we hosted at Cannes Lions last month on flexible working.

HP has set targets for its agencies to increase women in leadership positions. If they don’t meet these targets their fees are reduced. The client is smart enough to know that diverse agency teams are going to produce the best results.

Prime, the agency that has won more Gold Lions than any other PR agency, has a diverse, equal and open culture, supported by Sweden’s generous parental leave. This was highlighted by another of the speakers, Prime senior partner Charlotte Witte, who said it had proved invaluable for enabling creative ideas to flourish.

How to get to equality

To move towards equality, the industry needs to help women balance work and childcare, by championing job sharing, remote working, and flexible hours.

We need to train women on leadership and commercial skills and empower them with mentoring from senior women who have managed to break through the glass ceiling.

Gender pay gaps should be brought into the light, with all businesses required to publish male and female salary figures.

The UK’s Public Relations and Communications Association (PRCA) is moving the industry in this direction by including such a requirement in its Communications Management Standard accreditation. It has also backed government proposals for compulsory gender pay gap reporting for all businesses with more than 250 employees.

Francis Ingham, director general of the PRCA and chief executive of ICCO, has previously said: “If PR is to achieve its full potential, then the global gender pay gap must be closed. It’s that simple.”

GWPR is an organisation for senior women in PR made up of networking groups around the world, offering cross-border support, information on best practice and networking events, with the aim of creating a global community.

Learn more about us and our mission in this interview with my co-founder Susan Hardwick and I, conducted by Francis Ingham at the ICCO House of PR at Cannes in June.

Opinion: Why the north offers a world of comms opportunities
Alex Pegler, account manager at Higginson Strategy – which has offices in both London and Chester, explores how the northern powerhouse can drive comms opportunities [...]
News Analysis
Request a Demo and Pricing
Connect on Social:
Opinion: How PR campaigns should represent the LGBTQ community