And we’re off! Theresa May has finally invoked Article 50, signalling the beginning of the end of Britain’s European Union membership. The implications for business are immense, says Andrew Clark, public affairs director at Burson-Marsteller and former deputy business editor of The Times. So how should communications professionals react?

Over the next 18 months, discussions will take place in earnest on what, if any, deal can be struck between Britain and the EU. For scores of industries – ranging from automotive production to airlines, agriculture, pharmaceuticals and financial services – the details will be crucial.

The overarching issue of export access to the single market is soaking up much of the media’s attention. But, of course, there are multiple other dimensions:

A knee-jerk instinct in many boardrooms will be to duck and take cover. The polarised nature of the Brexit debate means it’s all too easy to upset customers, employees or the Government. But a safety-first approach may not be in the best interests of businesses facing the prospect of radical Brexit-related change.

Ministers are still in listening mode, and are open to approaches from industries. Many major news outlets – including the Financial Times, Bloomberg and the Guardian – have appointed Brexit editors solely responsible for immersing themselves in the finer details of these issues.

On the public affairs front, seasoned political types offer three pieces of advice for companies seeking to get their view across.

1. No moaning about Brexit itself
It’s happening, get over it. Approaching a minister with a list of woes about the actual decision to exit the EU will get a dusty response.

2. Have a clear view on what you want
Don’t turn up on a fishing expedition to try to divine more about the Government’s negotiating strategy.

3. Back every assertion you make with evidence
There will be competing demands – and the more you can back your “ask” with compelling facts on jobs, contribution to GDP and economic benefits, the better.

Meanwhile, the media is throwing resource at covering the detail. Those wonky economic writers who actually understand trade are suddenly being elevated from Monday columns at the back of the business section to epic “explainers” at the front of the book. Among Brexit and trade correspondents, there’s a genuine appetite for industry-specific stories on how different corners of the UK business scene could prosper, or suffer, post-EU.

This is unmapped territory in political terms. We’re entering an intensive, time-limited period with a fixed deadline in which scores of granular decisions will be made with an impact lasting decades. There’s a window of opportunity to influence those decisions – but for those who don’t act quickly, that window will be shut and locked for a generation. 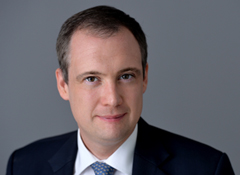 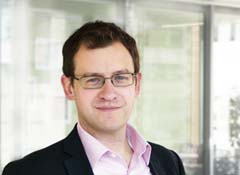