Forster’s CEO Amanda Powell-Smith discusses how businesses need to openly talk about modern slavery and how comms can help.

Modern slavery remains a real and present issue which society must face up to. There are an estimated 13,000 people living in modern slavery in Britain and 21 million worldwide, of which 1.2 million are children.

It is often hidden and hard to identify but – partly thanks to the introduction of the Modern Slavery Act in 2015 – organisations know they cannot afford to ignore this issue. It is not isolated to one industry and its causes and impacts are extremely complex, requiring a collaborative and cross-sector approach that looks at prevention initiatives, prosecution of perpetrators, and support for the individuals affected.

Given the scale of the challenge and the horror for the individuals who are living in slavery-situations, why are so few businesses actively talking about this issue?

The Modern Slavery Act was introduced with the aim of consolidating previous efforts to tackle modern slavery in the UK. Later in 2015, an amendment to the Act required businesses with an annual turnover above £36 million to publish an annual statement highlighting the steps they are taking to ensure slavery and human trafficking are not taking place in their organisation or in any of their supply chains. The alternative is to declare that haven’t taken any such steps.

This presents a clear choice for organisations – acknowledge and tackle modern slavery or ignore it. The recent Corporate Human Rights Benchmark report found only a few companies taking a lead on doing something about the issue. While businesses perform strongly on making policy commitments and governance, the Benchmark report highlighted that too few employers were undertaking specific practices to mitigate risks and prevent harm.

Now is the time for leaders to speak up. While there are great strides being made within businesses, the complexity of the subject and the fact that modern slavery is a crime means that action is taking place behind closed doors and not increasing awareness and understanding amongst employees or wider public. It needs to be part of both internal and external communications strategies.

Businesses need to start being more open and talking about the issue internally, showing what they are doing to prevent modern slavery and helping their colleagues to understand how they can help with both prevention and – should there be a need – raising concerns. The issue of whistleblowing needs to be carefully explored according to organisational culture, with safe spaces provided and on-going endorsement of good practice by senior leaders.

There is also a need to raise awareness externally, building eyes and ears across consumers and creating an environment in which it is OK to ask questions and voice concerns – at the local nail bar, in a restaurant, in a retailer, on a construction site.

We know that the best way to break a taboo is to start talking about it, and that is why we have focused the first of our Business to Society Action series on modern slavery.

The articles in our Business to Society report explore some of the innovative ways that progressive organisations are working to end modern slavery – sharing best practice, forming successful partnerships, speaking out, and educating employees.

They are a starting point of what we hope will be a groundswell of initiatives that can be openly shared in the year ahead. Active communications is a powerful force for change and the challenges that businesses face in breaking the human trafficking chain make it more important than ever before. 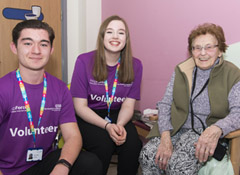 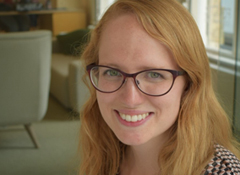 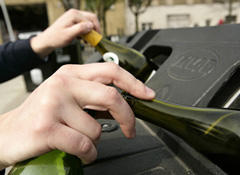 Forster Communications wins Recycle for London brief
Resource London has reappointed Forster Communications to promote Recycle for London for the next three years, following a competitive pitch. The social change PR agency has [...]
Industry News
Request a Demo and Pricing
Connect on Social:
Opinion: Article 50 – How comms professionals should react Alastair Campbell: ‘Comms will not fundamentally change because of Brexit...
Scroll to top
Cookie Policy