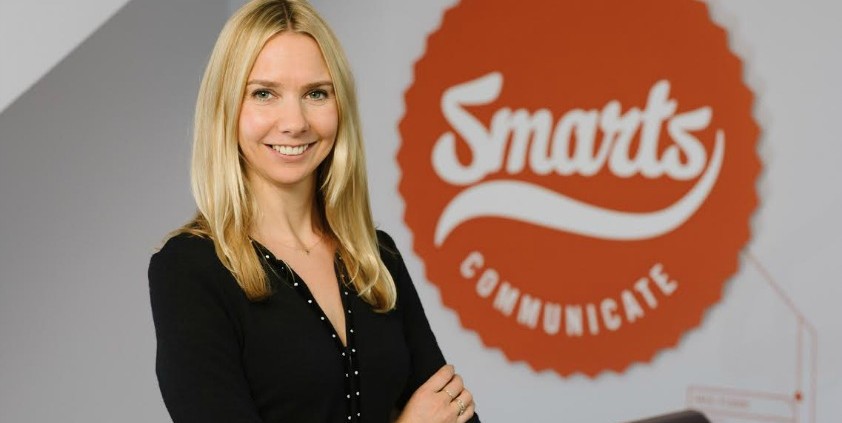 Belfast-based Smarts Communicate has opened a new London office and brought in Good Relations’ Helen Rainford to head it up.

The PR and content agency, which currently works with clients across more than 20 countries in Europe, Asia, Africa, Europe and the Americas, has a client portfolio that includes British Airways, BT, Lidl, Johnnie Walker and Guinness.

Smarts Communicate currently employs 45 people in its Belfast base and has seen revenues rise by almost 50% in the past two years as it has grown its global consumer PR division.

Helen Rainford, managing partner, who was previously consumer creative director at Good Relations and before that, associate board director at Cake, will lead the London office.

She has worked with clients including B&Q, Sainsbury’s, Samsung, IKEA, Coca-Cola, Alton Towers Resort and Tourism Australia. Rainford was also the brains behind the award winning B&Q Fifty Shades campaign.

Pippa Arlow, joint MD at Smarts Communicate, said: “Our business has been transformed in recent years into a highly competitive international player. With 20 years of in-market experience and a decade of global PR experience behind us, we believe the time is right to extend our operational footprint into London.

Rainford added: “Smarts Communicate already has a great client portfolio and a reputation for delivering brave campaigns. Everyone in the company firmly believes that PR actually has to ‘do something’ – shift opinion, change behaviours, drive sales. I’m looking forward to growing a team in London that builds on that conviction and opens new avenues for growth.”

The opening of the new London office coincides with Smarts’ offices in Scotland (Glasgow and Edinburgh) rebranding as Smarts Communicate.

Opinion: Why “PR” is having a renaissance
Brendon Craigie, co-founder and managing partner at Tyto PR, examines why PR professionals are once again adopting the PR moniker. The public relations industry is in the [...]
News Analysis
Request a Demo and Pricing
Connect on Social:
LightBrigade MD Alan Twigg joins Way to Blue