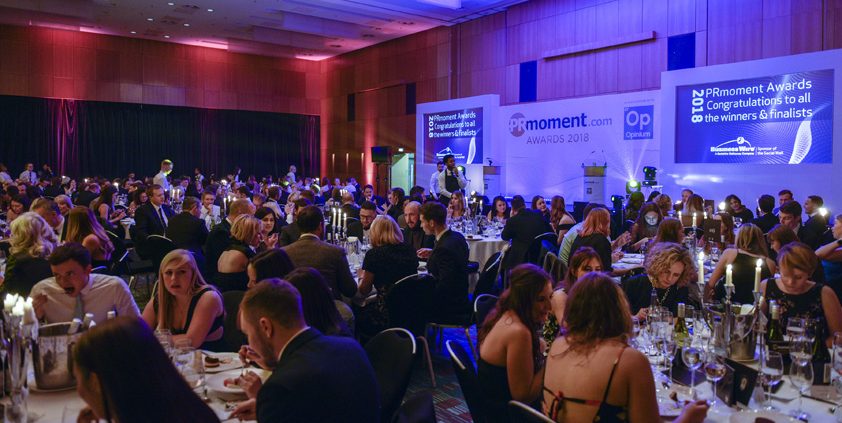 Smarts Communicate were the big winners on the night, taking home five awards, including the Cision sponsored Global Public Relations Campaign of the Year award for its World Class Bartender of the Year 2017 campaign with Diageo Reserve.

Havas PR took home three awards, including being named Mid-Sized Agency of the Year, while Weber Shandwick, Clearbox and Co-op Funeralcare were among the organisations to win a pair of prizes.

Smoking Gun, BIG Partnership, Co-op Insurance, Hull City Council and Social Communications were also among those recognised on the night, while LUX director Mhairi MacLeod was named Young Professional of the Year.

The ceremony at the Hilton Hotel in Manchester was the northern leg of PR Moment’s two awards ceremonies, with the south event taking place in London last month. A full list of last night’s winners can be found here.

Opinion: Why “PR” is having a renaissance
Brendon Craigie, co-founder and managing partner at Tyto PR, examines why PR professionals are once again adopting the PR moniker. The public relations industry is in the [...]
News Analysis
Request a Demo and Pricing
Connect on Social:
This week’s PR news in brief (23-27 April)