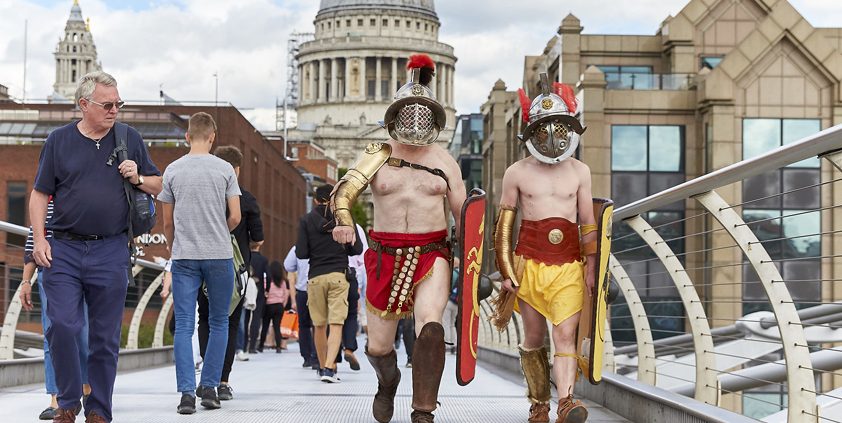 Flint helped the City of London Corporation to celebrate the City’s Roman heritage by promoting and driving engagement for its Londinium events.

Delivered by the City of London Corporation in conjunction with partners including the Museum of London, Shakespeare’s Globe Theatre, the Barbican and Bloomberg, events were staged throughout the Square Mile between July and October.

Flint’s core objective was to engage diverse audiences in a public celebration of Roman heritage, targeting a wide variety of audience segments, driving footfall to the events within the Square Mile and maintaining momentum and engagement throughout the summer months.

The agency was also tasked with developing the Corporation’s social media following through Facebook, Instagram and Twitter. Flint also supported it with VIP engagement, as well as media buying and planning at key moments of the campaign.

Flint launched the campaign with an exclusive Press Association photo and video shoot of the Trauma exhibition in the Roman Amphitheatre, securing national and international coverage in The Daily Telegraph and on AOL for the critical launch moment.

Further photo shoots throughout the campaign were delivered in partnership with Getty Images and the London Evening Standard, creating crucial assets for press coverage.

The agency secured historian and author Tom Holland as a Londinium ambassador to deliver a keynote speech at the programme launch and a comment piece for the London Evening Standard, while it also recruited Gladiator’s award-winning screenwriter William Nicholson to close the season’s outdoor film screenings with a talk and audience Q&A.

In total, over 120 items of coverage ran throughout the campaign, with the agency hitting 100% of the tiered priority media targets.

Opinion: Why “PR” is having a renaissance
Brendon Craigie, co-founder and managing partner at Tyto PR, examines why PR professionals are once again adopting the PR moniker. The public relations industry is in the [...]
News Analysis
Request a Demo and Pricing
Connect on Social:
PR Case Study: Kazoo – The Gfinity Elite Series