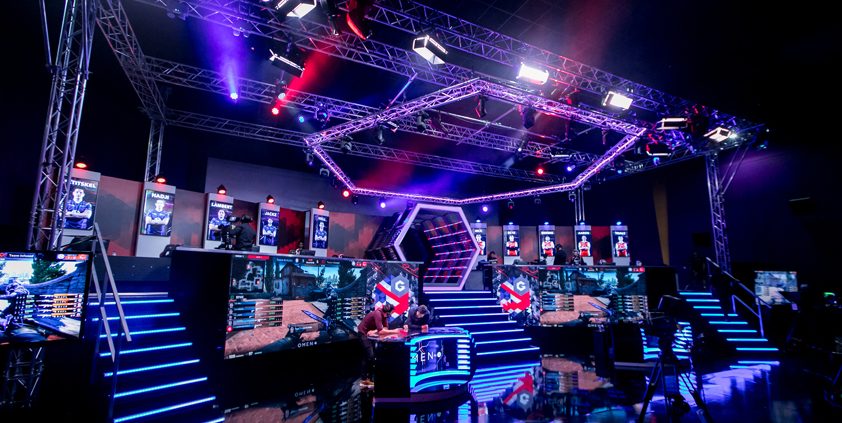 Kazoo created a media strategy and a wide range of content to help raise awareness around Gfinity’s Elite Series eSports competition through traditional and social media.

Kazoo was tasked with promoting the Gfinity Elite Series, an eSports tournament that gives amateur gamers the chance to make it as a professional and play alongside the best in the world.

The tournament was designed to raise the profile of eSports in the UK by creating a platform for undiscovered talent to shine and uncover the eSports stars of the future. It takes place at the Gfinity eSports Arena in London and there are two seasons per year.

Backed by a comprehensive press office, Kazoo developed a media strategy to help educate people about eSports in general, the tournament itself and the stars of the show – the teams and players.

Kicking off with a huge media relations programme to explain what Elite Series is and how it would benefit UK gamers, it then developed content to announce each team competing in the tournament to introduce them to the UK audiences and start to build a fan base.

Throughout the Elite Series the agency identified the best players with the most interesting backgrounds and characters and told their stories through the media, thus providing a unique insight into the exciting world of eSports and inspiring others to start their journey.

This included stories of where they’d come from, training regimes, behind-the-scenes access and what the world of eSports can offer aspiring gamers.

Kazoo packaged up video content of each week’s highlights throughout the competition’s run, with accompanying copy, and provided this to media so that they could follow the tournament through its 10 weeks of action.

The agency championed the overall tournament winners, ensuring that they were available for interview right across the media. Doing so positioned the Elite Series as a pinnacle eSports tournament in the UK and further elevated the Gfinity brand, placing it at the heart of the conversation about live eSports events.

This took the brand to new sectors and audiences including regular sports, business, marketing and national newspapers.

Delivering against the objective of taking eSports into the mainstream in the UK, over 180 positive media articles were secured in media that had not previously written about eSports. Over 20 interviews with players and teams were placed, including standout features in The Daily Telegraph, London Evening Standard, Metro, MailOnline and the Daily Express website.

The Elite Series triggered a change in how UK media perceived eSports – from initially being reluctant to write about it during Elite Series season 1, to running weekly Elite Series video highlights in season 2.

Total circulation figures for both series:

Opinion: Why “PR” is having a renaissance
Brendon Craigie, co-founder and managing partner at Tyto PR, examines why PR professionals are once again adopting the PR moniker. The public relations industry is in the [...]
News Analysis
Request a Demo and Pricing
Connect on Social:
PR Case Study: Clarion Communications – The Grand Cork Experiment