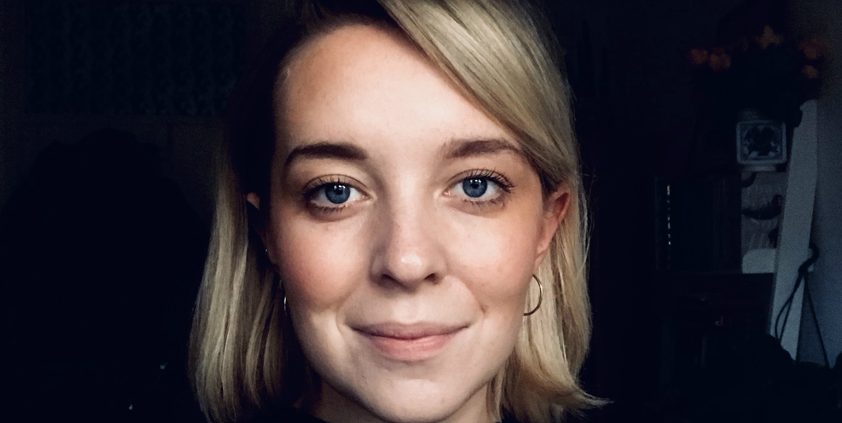 Ellen Stewart, head of content at PinkNews, speaks about her love of digital journalism, the importance of LGBT+ media and how the title works with PRs.

Throughout your career you have mostly held roles in digital journalism for the likes of London Evening Standard, Metro and The Independent. Why online media? What excites you about working in it over print?

There’s an instant gratification that comes with digital journalism, driving me to do a better job each day. You can see exactly what your readers are engaging with, what excites them and what keeps them coming back to the site.

Since my first day in a digital newsroom I have been fascinated by user journeys, where they came from and where they are going next. Working really hard on a project or a story and seeing it pay off in real time analytics is genuinely thrilling – as nerdy as that may sound. The most exciting moments in a digital newsroom is when a breaking story hits.

What has been the most interesting story you’ve covered during your career?

The day after the EU referendum was the most bizarre and exciting shift in the London Evening Standard newsroom. We’d prepared profusely for a Remain result and had to rethink our entire news strategy in a matter of minutes. Not only did the shock impact our agenda that day but it shifted the focus of our news coverage permanently.

Also, in February, Vue cinemas blocked the private screening of a ‘gay cure’ documentary following an investigation by PinkNews. The entire editorial team worked on the story and we set up a petition to pressure the cinema into cancelling the showing of an ‘anti-LGBT’ film.

Who is the typical PinkNews reader? And how does the title distinguish itself from other outlets covering LGBT+ issues?

A typical PinkNews reader is an urban millennial and part of the LGBT+ community. While the majority of our audience is based in Europe, the US and Australia we have a smaller – but equally loyal – readership in Africa and Asia.

Remembering our demographic helps guide our news list every day. Whilst we aim to publish informative and entertaining news for everyone it is vital we understand that PinkNews is often a lifeline to some LGBT+ people living in parts of the world where they are not only unaccepted by their community, but face danger and could lose their lives for being who they are.

PinkNews is more than just a news site, we are a source of information and a place of acceptance for people who may need it.

What do you think is the importance of LGBT+ media?

The onus is on PinkNews and other LGBT+ publications to set the standard for reporting on issues affecting the community. It is up to us to use the correct terminology when referring to gender and sexuality, so the rest of the media can follow suit.

It is up to us to know the social, political and historical significance of news and its impacts our readers and ensure our reporting is as responsible and accurate as possible. For any minority publisher, I think the bar is set high and we have a duty to keep it there.

What brands or PR agencies do you think do a particularly good job of championing LGBT+ issues?

We really like it when brands come to us and say “we’ve got a big LGBT+ story, but we want to make sure it’s handled well”.

An example would be Lloyds Banking Group, who wanted to announce that they were going to be the first major UK employer to pay for gender reassignment surgery for trans staff as part of its health cover. We worked with their team to break this story exclusively, which was picked up by pretty much all of the UK press.

This meant that rather than being treated as a negative story, the policy received pretty much universal praise as all of the mainstream journalists who covered it used our exclusive as the basis for the stories. Really importantly for the trans community, the correct terminology was also used in all of the reporting that followed.

What’s your relationship like with PRs? And what sorts of stories is the title interested in publishing?

We generally have a good relationship with PRs. If the story is big enough, and the access is significant, we’ll go the extra mile to break a great exclusive and provide support to the PR to get the message right.

However, I think that PRs have a duty to reach out to minority publishers more often than they do. Often ‘traditional’ outlets will be given the privilege of access or exclusives over PinkNews – even when the message is specific to the LGBT+ community.

We want to hear about entertainment, celebrity and events just as much as any other digital publisher. I think sometimes that can be forgotten.

Opinion: Why “PR” is having a renaissance
Brendon Craigie, co-founder and managing partner at Tyto PR, examines why PR professionals are once again adopting the PR moniker. The public relations industry is in the [...]
News Analysis
Request a Demo and Pricing
Connect on Social:
60 Seconds with The Tenth Man’s Ken Robertson