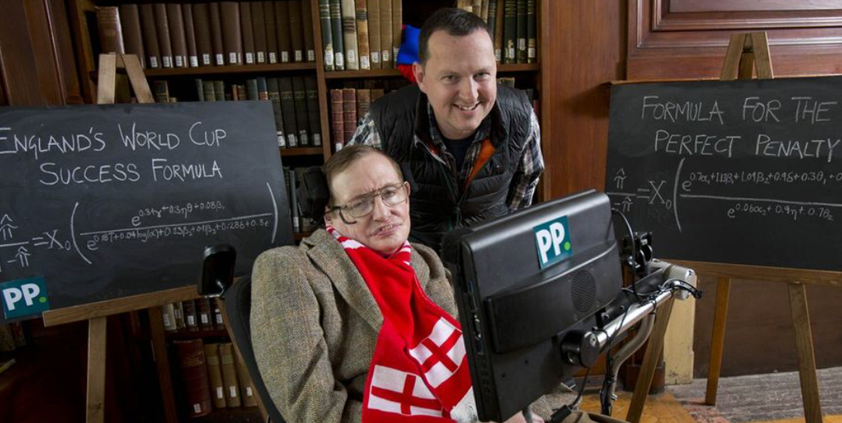 Ken Robertson, founder of The Tenth Man and former “head of mischief” at Paddy Power, discusses why he left the bookmaker to found his own agency, how he plans to shake up the PR world and his favourite Paddy Power stunt.

Why did you choose to leave Paddy Power and set up your own agency?

The time was right. I joined Paddy Power back in 1999 when it was a small high street betting chain. Fast-forward 18 years and it’s one of the most successful digital-first businesses winning on a global stage.

I was incredibly lucky to be part of that journey and to see first-hand the value of being brave enough to disrupt your industry. Now the plan with The Tenth Man is to package that maverick spirit and approach as a service offering for the right types of brands and organisations across different sectors.

Will the agency operate in the same vein as the betting chain?

We certainly have the same attitude and appetite for calculated risk-taking but Paddy Power are now a massive global machine. I think it will take a while to replicate that!

Where do you hope to shake things up?

We simply want to produce powerful and provocative work that will differentiate our clients within the increasingly cluttered space in which they operate.

You’re not initially taking submissions for business. What are you looking for in organisations you’d like to represent?

We want to work with organisations that are genuinely open to brave thinking. It’s not for everyone and it does takes some guts to commit to, so like you say, we are pretty choosy about who we work with.

We don’t get involved in big competitive pitches – we’re not the type of agency who cares about awards or that rolls out quinoa salads and smashed avocado flat bread when the potential new clients call around. We do have an office dog though which I know is a little clichéd but he is very cute. His name is Alfie.

Do you think PR and comms needs more disruptive and different ideas?

Absolutely, it’s drowning in a sea of sameness. Brands are increasingly not willing to take any level of risk with how they are perceived.

I don’t blame the agencies for this, they have been beaten into submission by CMOs increasingly from a digital or performance background who don’t understand the role of PR and comms in the new marketing mix, and may even view it cynically.

I do think that, now, more than ever, it’s incumbent on agencies to push clients hard and challenge them to take calculated risks.

What’s the favourite stunt you’ve been involved with?

Given recent events, I would have to say the Paddy Power collaboration with Professor Stephen Hawking. This initiative ahead of the 2014 World Cup was launched at a packed press conference in the Savoy Hotel and was the brainchild of Taylor Herring.

It was one the most surreal moments of my life when the Professor slowly emerged on the stage through a fog of dry ice and strobe lighting to the thumping soundtrack of “Breathe” by The Prodigy. You could tell he was loving it. What an absolute legend!

Finally, can you give us any clues on any PR stunts the agency has lined up?

I really wish I could but they would murder me. What I can say is we’ll be announcing new clients later this month including a global super brand which is very exciting!

Opinion: Why “PR” is having a renaissance
Brendon Craigie, co-founder and managing partner at Tyto PR, examines why PR professionals are once again adopting the PR moniker. The public relations industry is in the [...]
News Analysis
Request a Demo and Pricing
Connect on Social:
Meet the Journalist: GamesMaster’s Robin Valentine