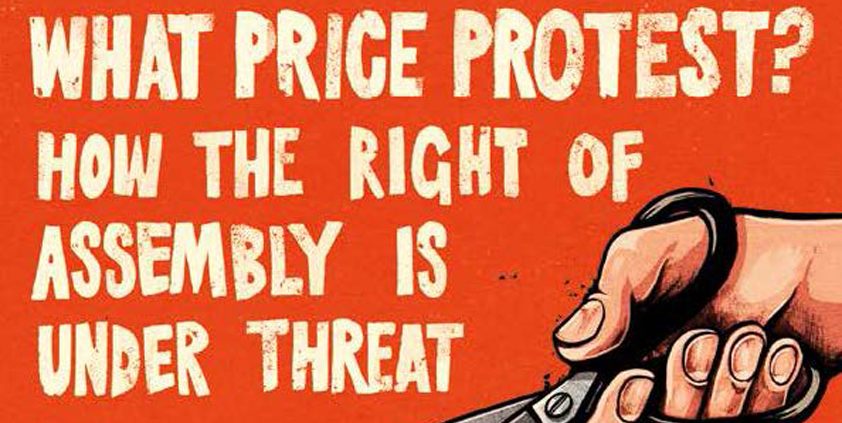 Jemimah Steinfeld, deputy editor at Index on Censorship magazine, talks about the magazine’s recent award win, freedom of speech and how the title likes to work with PRs.

Congratulations on your recent APEX award! How important is it for you to be recognised by awards judges for the work you produce?

It’s really important for us to be recognised and we were thrilled to get this award. As a small publication, we benefit from the added exposure that awards such as these bring.

Part of the ethos at Index on Censorship is to amplify voices and raise the profile of issues, with awards really helping. We also work with a lot of journalists, photojournalists and writers who struggle under very difficult circumstances.

For example, a journalist, cameraman and filmmaker from Yemen, Abdulaziz Muhammad al-Sabri, who has been abducted and tortured for the work he does, talked to Index on Censorship about his experiences. Recognition coming from an award like this means a lot to people like al-Sabri, who risk their lives daily in the name of free speech.

What sort of content can be found in the magazine? Does it have any regular sections or features?

We look at global issues through the lens of censorship and free speech. To this end, we are fairly broad, writing about anything from the rise of safe spaces across US and UK university campuses to laws against bloggers in Tanzania.

Each issue always has a theme, with at least half of the magazine devoted to it. The most recent issue, Trouble in Paradise, looked at the free speech realities behind some of the world’s most popular holiday destinations. Meanwhile, the award-winning issue looked at how protest is under attack across the globe, to tie in with the 50th anniversary of the Prague Spring.

We do also have regular sections, with several columnists and cartoonists we work with in each issue. For example, the Guardian cartoonist Martin Rowson always creates an illustration for us.

And finally, we have a culture section, where we publish exclusive short stories, poems, plays and book extracts. We often work with some of the biggest names in global literature, such as Ariel Dorfman.

How big is the team and who does what?

The magazine is part of a wider organisation, but the team itself is pretty small. We are just two-and-a-half full-time members of staff and between us – the editor Rachael Jolley, myself (deputy editor) and the editorial assistant Danyaal Yasin – we conceptualise, commission, edit and compile the whole magazine.

We also have contributing editors in Argentina, USA, Turkey, Iraq and Yemen, and we work with regular correspondents, though we are always on the hunt for new ones (looking for writers who are based in a certain country to write on that country).

These people aside, we work with many other writers per issue, as well as sub-editors, illustrators and designers, our publishers, Sage, an editorial advisory board and our in-house Index on Censorship digital team.

We are read by a very varied bunch. Margaret Atwood, for example, is an avid reader of ours. Equally we’re popular with students across the globe.

Index on Censorship appeals to people with a general interest in politics, culture and human rights. We are published by Sage, an academic publisher, so we have a high following amongst more academic audiences, who are looking for something meaty.

If anything ties these people together it would probably be a passion to find out more about the world, to support the important issue of free speech, and to enjoy high quality writing and journalism.

Do you think that free speech is becoming increasingly censored globally, or are a few high profile examples obscuring the overall picture?

In their countries, we have seen significant and growing attacks on various pillars of free speech, such as the media and activism. And since these men operate in countries that often set agendas, we’ve seen other places follow suit and a deterioration in respect for reporters and free speech values more broadly.

We also have other issues to contend with, such as the current debate around social media and its role in our society. While it’s unclear right now as to how that might fully play out, several countries have passed laws against the spread of “fake news” and others are debating them at present (including the UK). These laws are incredibly concerning as they could be arbitrarily applied at best, and are often used to further control and shut down critical voices.

That is not to say there aren’t triumphs from time to time. And indeed the winning issue on protest highlighted certain areas where people have effectively campaigned for greater freedoms, such as in the case of Argentina and the grandmothers of Plaza de Mayo, who are part of the world’s longest protest and have managed to find lots of their granddaughters, part of their key aims, in the process.

In another issue, our Radio issue from last autumn, we show how radio is actually opening up a lot of conversations and podcasts are circumventing censorship. But sadly the trend does seem to be more away from free speech across the globe than towards it.

What is your relationship like with PRs? What’s the best way for them to work with you?

We are always happy for PRs to email us with relevant book launches, film premieres, author talks and the like. As a quarterly magazine we work quite far ahead and so it’s best to give us some decent lead-in time.

Finally, do you have a favourite article or speech defending freedom of expression?

Tricky to answer as between fictional works like The Handmaid’s Tale and 1984, and non-fiction from great thinkers such as John Stuart Mill, there is a lot of good literature on free speech.

From a personal perspective I always think about “First they came” from Martin Niemöller, the prominent Protestant pastor who was as an outspoken critic of Adolf Hitler and spent the last seven years of Nazi rule in concentration camps.

His words show the relevance of exercising your free speech while you have it. A lot of people take this fundamental right for granted. And yet this right – which has been hard fought for – is incredibly easy to lose and when we lose it, the end results can be devastating.

Opinion: Why “PR” is having a renaissance
Brendon Craigie, co-founder and managing partner at Tyto PR, examines why PR professionals are once again adopting the PR moniker. The public relations industry is in the [...]
News Analysis
Request a Demo and Pricing
Connect on Social:
60 Seconds with Babel PR’s Ian Hood