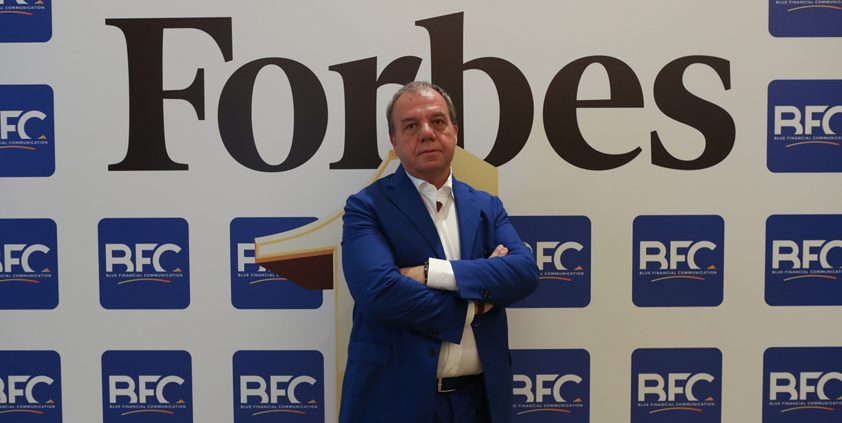 Alessandro Rossi, editorial director at Forbes (Italy), talks to  Cision’s  Mario Cipriano about its plans for launching an Italian language edition in print and online next month.

What can we expect from the Italian version of Forbes?

It will mirror the American version as much as possible, both visually and in terms of editorial content. However, most of its content will be unique to the Italian edition. This will be created by our Italian editorial team, with important contributions from other independent, well known, financial journalists.
Obviously, the famous Forbes rankings will have an important role to play.

Who will read Forbes Italy?

An educated, and optimistic, audience. People who are financially well-off, and are able to utilise new technologies. We would like to make a popular high-end newspaper.

What did you do before your appointment as editorial director of the new Forbes by publisher Blue Financial Communication?

I have been working at BFC for 15 years as editorial director and member of the board. In the past, I contributed to the launch of the weekly financial magazine Milano Finanza and to the daily newspaper MF, also working in the economic editorial team of the daily newspaper La Repubblica and launching and directing Bloomberg Investimenti. I also directed a generalist newspaper in Florence and collaborated with several Italian newspapers.

What excites you most about the new launch?

Everything new is fascinating to me. It is no coincidence that Forbes Italy is my fourth magazine launch. I am fascinated by the challenge of the new and to be able to bring an international publication to Italy. I’ve already successfully done this with Bloomberg.

The editorial team will be lead by Marco Barlassina and the title will feature journalists, such as Oscar Giannino, Susanna Tanzi, etc. What will they bring to the title?

They will make an important contribution. They will bring quality and experience to an editorial team mainly made of young journalists.

The web editorial team will be led by Marco Barlassina too and will have a dozen reporters, including external contributors.

What is your relationship with PRs? What should they bear in mind when pitching stories?

For us, press releases only serve to be informed that an event has taken place or will take place, or that a new product will be launched, or a new manager is appointed. But we will never publish any press release. The editorial decision will be absolutely autonomous and original.

From your experience in the financial publishing world, what advice would you give to aspiring financial journalists?

To look for another job! (I am obviously joking!) To be a journalist in Italy today takes a lot of courage. But, I would tell a youngster to not be superficial, never believe in appearances, to check and verify the sources again and again, or, even better, find their own original sources.
Above all, they should look for the news themselves. They should not wait for someone else to “suggest” a story, as it unfortunately happens more and more often in Italy.

What is the most memorable story you’ve reported on? Or which had impacted upon your career the most?

My most memorable story is one of the first press reports I wrote for Milano Finanza in 1986 to show that the entry of Libyan finance company Lafico into FIAT was driven by tax advantages. However, the story which generated a stronger impact on my career (not including the launch of the three magazines before Forbes Italy) has to be the article written – for Milano Finanza – on the fight between De Benedetti and Agnelli to “conquer” Credito Romagnolo. It was read by Eugenio Scalfari [guru of Italian journalism] and he wanted me at La Repubblica. There is no greater professional recognition for a journalist than that.

Meet the Journalist: It’s a Grown Up Life’s Samantha Simmonds and Lauren Libbert
Freelance presenter Samantha Simmonds and freelance writer and editor Lauren Libbert discuss the launch of their new podcast; It’s a Grown Up Life. How did you both [...]
Interviews
Request a Demo and Pricing
Connect on Social:
Meet the Influencer: supercar vlogger Mr JWW