5 News is Channel 5’s flagship news programme and is produced by ITN. Since early 2016 Sian Williams has presented the show, when she took over the spot from Emma Crosby.

Corp was appointed editor in November 2016. She was part of the team that launched 5 News in 1997, and replaced Cristina Nicolotti Squires, who left to become director of content at Sky News.

5 News was one of Channel 5’s original programmes when it launched in 1997. In 2005, Sky News took over the news slot, but the contract returned to original provider ITN in 2012. In October 2016, a new look 5 News was aired from a studio at the ITN building.

To attend the event and learn more about the show, its plans for digital and how PR professionals can be involved in its programming, register your interest by emailing events@gorkana.com.

The media briefing will take place on Thursday 2 February,  8.00am at the Barbican Centre, and will run until 9.20am.

Hacks and Flaks prepare for football and netball battles
A titanic clash of industries moves from the office to the great outdoors next weekend, as PRs and journalists limber up for the annual Hacks vs Flaks Easter Sports Day. Both [...]
Industry News 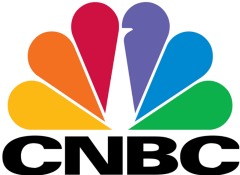 Your chance to meet CNBC International
CNBC International will round off a great year of Cision media briefings with an exclusive event at London’s Milton Court next week. Noelle Murbach-Lami, CNBC’s head of news [...]
PR Tips 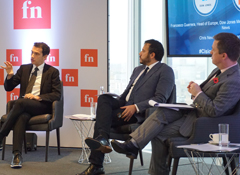 Financial News: We want to break stories, set the City’s agenda and provide the news other publications don’t
At an exclusive Cision media briefing yesterday, Chris Newlands, editor of Financial News, outlined the publication’s aim to set the agenda in the City and compete with [...]
Features 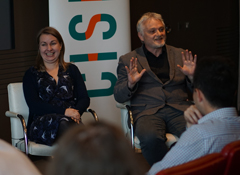 The Register: We are on the side of our readers, we’re not flag wavers
Drew Cullen, The Register’s editor-in-chief, talked about the title’s unique positioning, why it values integrity and how it works with PRs at today’s Cision media briefing. [...]
Features
Request a Demo and Pricing
Connect on Social:
Scottish FA comms chief to join Frame Tin Man wins six-figure PR brief from Monarch
Scroll to top
Cookie Policy