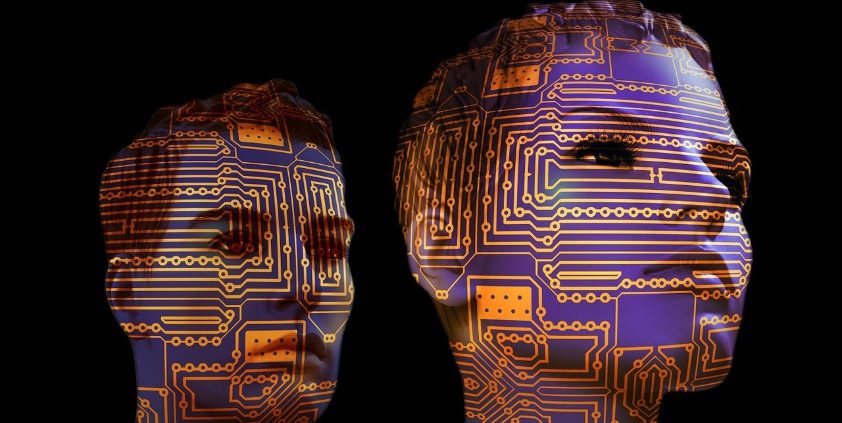 Weber Shandwick’s report AI-Ready or Not: Artificial Intelligence here we come!, released this week, shows that top global marketers believe AI will have an even bigger impact on comms than social media. Gorkana asks Weber and other agencies, including Firefly, Hotwire PR and Babel, what they think about the AI ‘revolution’.

According to Weber Shandwick’s report, AI is defined as the following: “[AI] is a field of technology designed to create computers, machines and software that are as smart as humans, and which are able to perform the same tasks that normally require human intelligence.”

It surveyed 150 chief marketing officers across the UK, US and China and more than half of them (55%) expect AI to have ‘a greater impact on marketing and communications than social media ever had’.

Nearly six in ten (58%) of respondents believe that within the next five years companies will need to compete in the AI space to succeed. Furthermore, 68% of the CMOs reported that their company is currently selling, using or planning for business in the AI area.

So, what do comms pros make of this? What does AI mean to them and, most importantly, do they think it will make a bigger change to the industry than social media has?

“There is little doubt that AI technologies will eventually have a greater impact on marketing and communications than the current raft of social media platforms and technologies. Arguably, social platforms have only ever been an enhancement technology in that they simply supplement what we have always been doing (connecting, communicating, sharing etc.). They make those things much easier to do, and they significantly broaden the audience and interaction, but we’re doing the same basic things as we were pre-Twitter/Facebook/LinkedIn/Snapchat/Instagram.

“AI is whole different kettle of fish in that it is a replacement technology. It replaces humans and has the potential to do a vast range of things better than humans. It will cost a lot less and it will all happen in some less than obvious ways. For instance, we already have media outlets that offer little more than aggregated news from other sources. Yet it’s conceivable that a future AI-driven media outlet could automatically produce high quality, original content based on aggregating and interpreting information from a variety of sources. It could even interview human spokespeople. When that happens, how do we communicate with the media outlet? Maybe we adopt our own AI!”

“In short, the research is spot on. Automated content will be the first real step towards marketing teams utilising artificial intelligence effectively. With the rise of bots, we’re scratching the surface and we’re definitely going to be going through a learning curve where there’s going to be an awful lot of terrible content and painful interactions as we start fumbling around in the AI world.

“The challenge is going to be crossing the void where AI goes from being a wholly crap communications experience, to being an intuitive and somewhat emotive one. Ultimately, AI should be on every savvy marketer’s radar and social will blend into the background as merely another platform for the ‘marketing robots’ to do battle on.”

“We’re all familiar with pop culture iterations of AI, from the Jetsons’ Rosey the robot to Star Wars’ R2D2 – but in reality, AI has a subtler application than human-like robots! Today we use AI in the form of apps and devices such as Siri and driverless cars, to make predictions, offer recommendations and automate tasks. In the next few years, we will see AI implemented across most, if not all, industries – including public relations.

“There is no doubt that AI will impact the communications industry, but it will not have the same disruption effect social media has had. Whilst social media presented a whole new medium for brands and public figures to directly connect and engage with target audiences in real time, AI will streamline day-to-day activities so that communications professionals can direct their resources to more important tasks.

“For example, repetitive tasks such as compiling campaign reports and sourcing relevant influencers will soon be fully outsourced to AI-powered services. However, it will be a long time before we see AI becoming smart enough to understand the nuances of brand messaging, audience preferences and local trends to develop effective communications strategies or content, nor can AI replace the human touch required to foster relationships with influencers.”

“UK marketers have a lot to prepare for! Positively, 55% of UK CMOs believe that AI will not be able to replace creativity and creative-type jobs, and CMOs will have to leverage their creative strengths to take on fairly significant challenges of the disruption ahead.”

Opinion: Why “PR” is having a renaissance
Brendon Craigie, co-founder and managing partner at Tyto PR, examines why PR professionals are once again adopting the PR moniker. The public relations industry is in the [...]
News Analysis
Request a Demo and Pricing
Connect on Social:
UK brand value remains ‘steady’ post-Brexit, but can nations control...