Following the success of the London Paralympics in 2012, it wasn’t certain that Rio would grab the same level of attention for sponsors and stars in 2016. But, PRs tell Gorkana the athletes’ human interest stories and extraordinary feats continue to create a compelling narrative.

Prior to the start of this year’s Paralympics, there were fears the Rio event was being neglected. Poor ticket sales post-Olympic Games left the venue and Paralympics stars facing financial cuts and downgraded facilities. Some athletes wondered if they would even make it to Rio.

But, now we are in the final week of the games and such worries have calmed, as ticket sales have picked up and attendance has surpassed the Beijing Paralympics.

Stories behind the stars have made this year’s event compelling for a worldwide audience, despite some negative press at the start, according to PRs from Pitch, H+K Strategies and Polygon PR.

Andy Sutherden, global head of sports and marketing sponsorship at H+K Strategies, tells Gorkana that spectator attendance is an important metric of success, but it’s not the only one comms pros should pay attention to.

“After the Rio Olympics, some would say it’s naïve to expect fans to suddenly become organised and buy tickets in advance for the Paralympics. Embracing cultural norms in any host market for major sports events is a pre-requisite to effective comms planning.

“When outcomes are so unpredictable, scenario planning and having the ability to optimise positive news in real time becomes paramount,” he adds.

“Brands like Nissan, Allianz and Samsung have slowly woken up to the trail blazing lead of Channel 4 and Sainsbury’s but, in my opinion, driving positive brand reputation through Paralympic sport still remains one of the biggest missed opportunities in the global sports marketing industry.”

Since its successful coverage of the Paralympic games in 2012, Channel 4 has been a leader in marketing the games and their athletes. This year, the channel has recreated its ‘Superhumans’ campaign which highlights the achievements of the athletes taking part.

Pitch has been working with the broadcaster’s PR team to remind media of the ‘special’ place that Paralympic sport gained in the UK after London 2012 and build on this success.

Chris Allen, account director at Pitch, says: “We’re telling the stories of Paralympic athletes in an engaging and positive way. We have found that for the majority of media there is still great appetite to hear more about them in the build up to Rio 2016, regardless of ticket sales on the ground.”

It’s the stories behind these athletes that mark the Paralympics out as different to other sporting events, according to Allen. He says: “The stories they have are unique and the understanding each athlete has over the need to grow and improve their sport, as well as the perception of disability, provides a real opportunity for PR, programming and marketing.

“Unlike other sports, where sometimes athletes can seem removed from the real world, Paralympians provide audiences with both elite sport and a human connection and I think this is reflected in the way the nation and media supported them during London 2012 and has continued to do so in the build up to Rio 2016.”

According to Allen, the ‘We’re The Superhumans’ campaign, launched earlier this month, has received widespread praise, “blanket” media coverage and to date, nearly six million YouTube views and 32 million views on Facebook.

The campaign has also led to landing coverage in listings guides – including a front cover and four page feature on the Radio Times – detailing Channel 4’s broadcasting schedule – as well as regular athlete and Channel 4 presenter columns in The Times, Metro, i and The Scotsman.

Stories can shine when there is less media ‘noise’

While the Paralympics Games are still large in scale, fewer attendees and eyes on screens can create PR opportunities, according to Mark Southern, creative director and founder at Polygon PR.

“Lower profile events create great PR opportunities for the event participants and brands seeking to align with these people. Usually this corresponds to more time to talk in detail about a story, due to less competing noise – in this case, the inspiring stories of Paralympians have more space to breathe in the media coverage,” says Southern.

He continues: “The brand opportunity here is to open up in more detail about why this athlete means so much to their brand, which creates greater engagement, and inspires more people.” 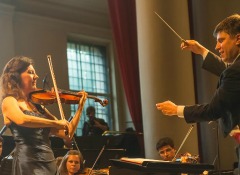 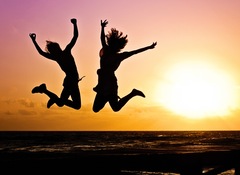 The PRs benefiting from the rise of ‘good news’
This summer, The Guardian has become the latest publication to focus on news with a ‘positive’ spin, joining the likes of Huffington Post and the short-lived New Day, as well [...]
News Analysis 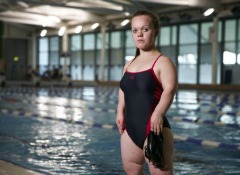