Aberdeen Young Professionals (AYP), a local talent network for young professionals working in and around the city, has partnered with Aspectus, as it looks to engage the next generation of energy and business professionals.

Comms agency Influential has won and delivered a trio of integrated creative campaign briefs for Liverpool John Lennon Airport, Chargepoint Technology, and The City of Liverpool College, which the firm says highlights its expanding through-the-line offering.

Opinion: Pearson’s Brendan O’Grady on why education stories matter
Pearson’s head of financial and corporate communications, Brendan O’Grady, discusses why education is ‘the great global growth story of the next decade’ and why PR has a duty to raise awareness of stories within the sector.

Opinion: PR – Pioneering the way for women in senior roles
Aliya Vigor-Robertson, co-founder at London-based HR company JourneyHR, explains why PR is a relatively strong industry for female progression, though she emphasises the need to continue that momentum.

Julia Verlaine has been appointed reporter at The Wall Street Journal, based in Brussels, where she will be covering EU financial regulation.

Phillippa Kaye has been appointed shopping and merchandise editor at MATCHESFASHION.COM.

Greg Dawson has been appointed reporter at BBC World News.

Former The Sun journalist, James Clench talks to Gorkana about his move to PR

Moving to the Darkside with The Sun’s former news chief, James Clench
James Clench, who joined PHA Media in May after 15 years at The Sun, talks exclusively to Gorkana about why he made the transition, the stories he was most proud to work on at the national newspaper, having a tête-à-tête with William and Kate, what his journalist colleagues thought of his move and whether he ever put the phone down on a PR…

Gorkana meets… Music Week
Gorkana’s Louise Pantani catches up with Daniel Gumble, news editor of Music Week, as he talks about his love of music, the magazine’s readership and a typical week at the music trade publication.

Behind the Headlines with Clarion’s Shelley Wyatt
Shelley Wyatt, managing partner at Clarion, on why trade comms shouldn’t be seen as the “poor relation” of consumer PR, her most memorable pitch to a journalist and working with TEAM GB ahead of the Rio Olympics.

PR Case Study: The Lyst Canine Collection
When British online fashion platform Lyst wanted to be identified as the brand that “did things differently”, Pitch came up with The Lyst Canine Collection, with puppies and dogs on sale as accessories. A clever hoax, the eye-opening campaign aimed to highlight the huge rise in the abandonment of dogs, while showcasing Lyst as a brand that refuses to “play it safe”.

Twitter is the social tool that allows PRs to tell brand stories every day, but what do comms pros think of Twitter’s own brand story in the new ‘See What’s Happening?’ campaign? Eulogy, Wern PR, Dynamo and Portland tell Gorkana what they think.

The pop-up paper and its PR value

As The New European publisher Archant reveals that it will continue to publish issues of the pop-up title after its initial cut-off date, Gorkana explores the opportunities PRs may find from such titles.

Four Communications Group has acquired Rain Communications for an undisclosed figure, as the business looks to extend into the retail, destination and luxury sectors.

PR agency, Instinctif Partners, and business network, BritishAmerican Business (BAB), have partnered to support business growth and trade between the UK and the US in the wake of Brexit. 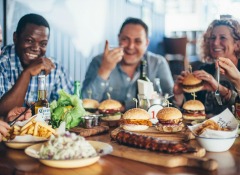 The Gorkana Weekly Industry News Brief: 10 – 16 September 2016
Missed out on this week’s PR News? Get your handy round-up of the essential highlights of PR and media stories, features and events content from the last seven days on Gorkana [...]
News 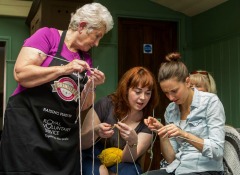 The Gorkana Weekly Industry News Brief: 18-22 July 2016
Missed out on this week’s PR News? Get your handy round-up of the essential highlights of PR and media stories, features and events content over the last seven days on Gorkana [...]
Industry News 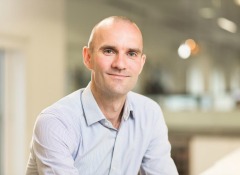 The Gorkana Weekly Industry News Brief: 9 – 15 July 2016
Missed out on this week’s PR News? Get your handy round-up of the essential highlights of PR and media stories, features and events content over the last seven days on Gorkana [...]
Industry News
Request a Demo and Pricing
Connect on Social:
Tin Man to launch second series of Thunderbirds Are Go Games producer Ubisoft hands retained PR brief to Stripe
Scroll to top
Cookie Policy