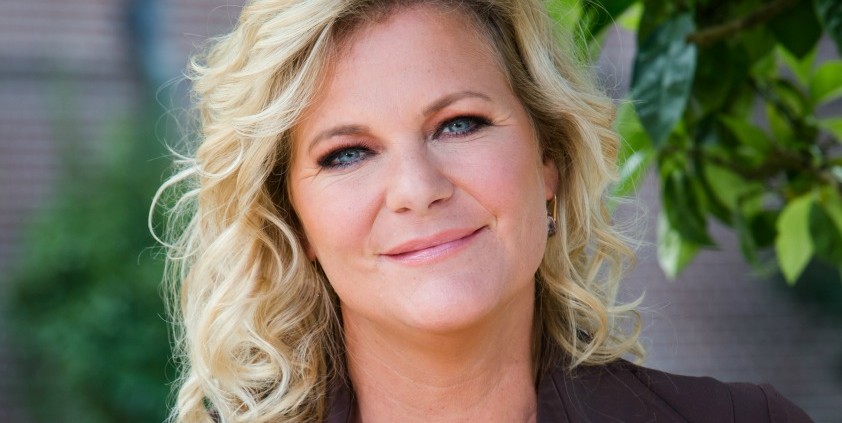 You covered many topics as a journalist before becoming a royalty reporter. How and why did you decide to specialise in royalty?

When I was a reporter for the Dutch TV channel SBS6 back in 1998, I noticed that the Prince had begun to develop into his role as the future king. He had become an expert in the field of water management and started travelling around the world. I realised that this could be an interesting time to start following him. The current Queen, Máxima, was not yet in the picture, and the press hardly seemed interested at all in the Prince. I often travelled together with another journalist in the footsteps of the Prince, and could therefore observe what he was doing at that time closely.

Besides that, my interest is also geographically derived, as I grew up next to Palace Soestdijk. My aunts were part of the same Girl Scouts as the princesses of their generation.

Vorsten is a popular Dutch-language magazine with a main focus on the Dutch Royal Family. In September 2015, you launched the international English-language magazine The Crown, covering dynasties and monarchies worldwide. Could you explain why you made this decision?

Although our royal family plays a big part in the magazine, Vorsten has been covering the lives of international royals for over 43 years. But I must say, we do have a really interesting and beautiful royal family! It struck me that there were many gossip magazines abroad, but a classy magazine, where royals can often collaborate with us by, for example, giving exclusive interviews, didn’t exist. It is for this reason that Vorsten has many subscribers abroad. With The Crown, we want royals to contribute their stories, add background stories with news, and we don’t shy away from topics such as history and fashion. Contrary to other magazines, we don’t gossip but only report facts. There are no snapshots but photographs with allure. The Crown is sold worldwide, how special is that?

Both magazines cover dynasties and monarchies worldwide. What are the biggest differences between the magazines and are there any editorial crossovers? Do both magazines have a similar target audience?

The biggest difference is the language: Vorsten is the classiest magazine about royals in the Netherlands. The Crown pulls readers in! The cover has a special layer of gloss, enhancing the diamonds in the jewels worn by our ‘cover model’, causing them to really shine. Vorsten has a frequency of 14 issues a year, while The Crown is published quarterly. Because of this, we can offer a lot more in-depth feature articles in The Crown, while Vorsten mainly covers the latest royalty news. The content is the same, but some feature articles, for example the piece about our Queen Máxima, could not be published in Vorsten. The Dutch readers are just too familiar with her Argentinian background, the reason why her father was not allowed to join her on her wedding day, and the way she combines motherhood with her role as Queen. The whole world knows that she is absolutely stunning, but not that she is a beauty with brains. We love to tell the world about that in The Crown!

How do you select the material for The Crown?

Out of everything we receive regarding monarchs, we select the information which shows a different perspective of the background story. Due to our global perspective, we are able to see more. We look inside the living rooms of the royals and notice that differences are almost (always) cultural. We also collate information of similar topics, such as our recent piece on children who started ruling from a young age – from Mary, Queen of Scots, to Pu Yi, the last Emperor of China.

You are the editor-in-chief of two magazines, a royalty commentator and you travel all over the world to report on royal families, even joining them on state visits. How do you combine these jobs?

(Laughs) And at home I’ve got my own ‘prince’ and ‘princess’ of 12 and 13 years old, who need help with their homework. I’ve got the best job that I could have ever wished for! Of course at times I get tired, but I get a lot of energy from publishing two magazines alongside my enthusiastic and professional team! All the travels that I have done are dear to me as well. I wouldn’t be able to sit in an office full time. I need to get out there and see with my own eyes how the prince from back then, turned into a worthy king. I don’t have a certain way of working; we just get on with it! Besides these publications, we also work on a yearbook, and have published our first royal colouring book. I’ve got other plans in store as well. Our team is small, consisting of five members, which makes communication easy. We can quickly switch tasks. Oh, and in between, we manage two websites, Twitter and Facebook accounts.

What are your favourite and least favourite parts of the job?

The least fun are all the calculations, quotations and everything that involves figures. Important, but it doesn’t satisfy me. I know editors-in-chief who are overjoyed when they encounter a pile of figures in their mailbox, but that is not the case with me. I love to make plans, realise ideas, interact with people, travel, and, above all, to select the most interesting and best content for our readers. For them, I would roll out the red carpet daily!

You work closely with royal families and report on all aspects of their lives, positive and negative. How do you approach these different situations?

Those can be difficult situations. The Dutch Royal Family lost their family member, Prince Friso (the King’s brother), when he fell into a coma after a skiing accident. Evidently, the family was in deep mourning. For us, the obituary notice meant that work needed to be done. I wanted to create a memorial on paper. The Prince lived in London at the time, and many people didn’t know him too well. I wanted to show who he was, what moved him, and his relationship with his wife, Princess Mabel, and his mother, Princess Beatrix. I wrote everything myself, as I felt that the tone of the piece was of the utmost importance. I found it difficult to explain this to the former editor. My alarm went off at 6am and I closed my laptop after 11pm. A few days later, the special issue with the Prince on the cover was available in stores. The photo was well chosen, as the royal family had chosen the same photo for the funeral. I received a beautiful letter from his widow and mother.

How can PRs help you and your colleagues with content and what is the best way for them to approach you and the publications?

PRs of Royals? (Laughs) They know how to find us, and we know how to find them too! Besides that, we are able to constantly check our email. Our contact details can be found online, and my email address is not a secret: justinemarcella@vorsten.nl. Furthermore, my Twitter-account is @justinemarcella and my Facebook page is justineVorsten. In short, it is easy to contact us. However, we can’t respond to all the emails we receive. There are too many and some are not always relevant for our publications. We can’t write an article about a new toy, unless it is… I don’t know… a remake of Prince Charles’ Austin Martin? But… seriously?

Do you use social media for your work and do you have to follow a certain policy regarding social media posts about royalties?

Yes, I am a bit of a social-media addict. There is not a moment where I am not checking if there is anything newsworthy. In addition, the royals are a lot more active on social-media and often post really nice photos. I want to keep an eye on that, especially as it interests our online readers. The risk of social-media is that a lot of garbage gets posted. So as a source of information, it is not really reliable unless the royals post something there themselves. We particularly want to inform, so no negative messages.

And finally, what is your most memorable story?

That is difficult to answer because there are so many. I have laughed a lot about Prince Charles, taken nice trips to beautiful destinations, chatted about pregnancy with a princess who was pregnant at the same time as me, attended fairytale weddings and sat in church when our king was inaugurated. And I have to choose from that? Let’s say that I’ll probably experience my most memorable story again tomorrow.