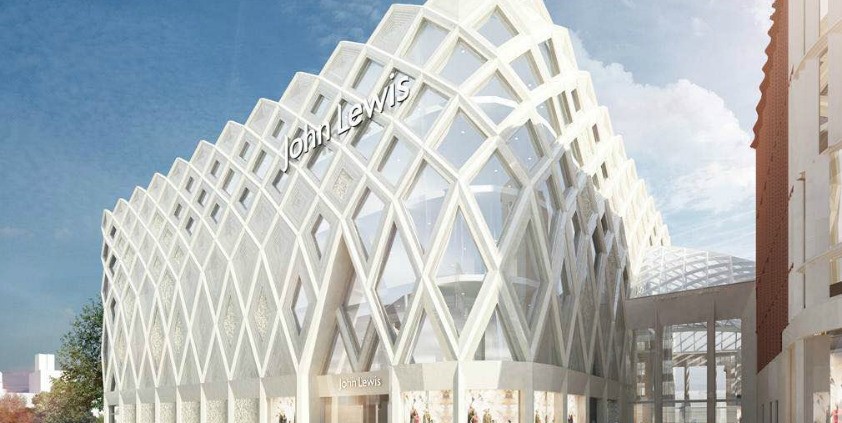 John Lewis is on the hunt for a PR agency to develop and deliver a campaign for its new flagship shop in Leeds, which is due to open in late 2016.

John Lewis will be the anchor tenant of the Victoria Gate development, in Leeds, which will complement the existing Victoria Quarter shopping arcade. The shop will sit across four storeys and feature a three dimensional facade.

The successful pitch will cover pre-opening, launch and post-opening phases, and will engage local and national media, as well as community stakeholders.

The successful agency will need to demonstrate a thorough understanding of the city of Leeds, conveying a sense of pride at becoming part of the city, and championing John Lewis’ £32 million investment in the development.

The 18-month campaign will build consumer interest and brand awareness ahead of opening, and maintain this level of interest after the launch, with the ultimate aim of driving footfall and increasing consumer spend at the new branch.

Pitches will take place in August. Interested agencies should send their credentials to emma.l.cole@johnlewis.co.uk by Friday 31 July.

The John Lewis Partnership operates 44 John Lewis shops across the UK, johnlewis.com, 339 Waitrose shops, waitrose.com and B2B contracts in the UK and abroad. The business has annual gross sales of more than £10 billion.

Opinion: Why “PR” is having a renaissance
Brendon Craigie, co-founder and managing partner at Tyto PR, examines why PR professionals are once again adopting the PR moniker. The public relations industry is in the [...]
News Analysis
Request a Demo and Pricing
Connect on Social:
Ex-Brunswick exec launches advisory agency