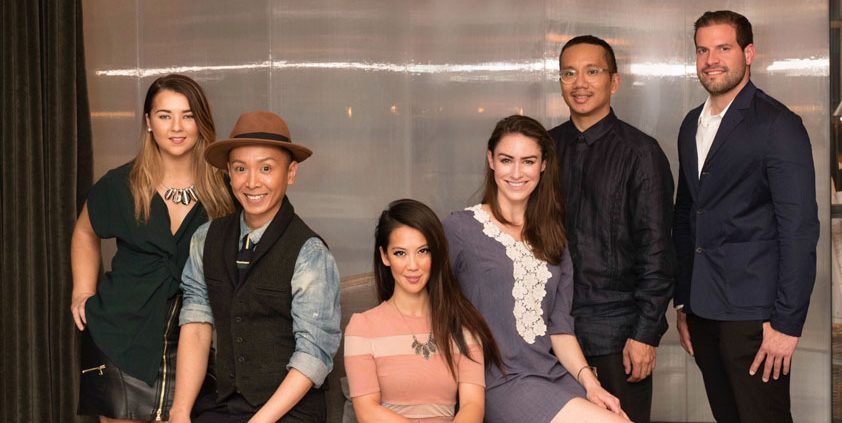 Issa PR founder Viet N’Guyen discusses the agency’s London expansion, the brands she’s worked with and which influencers she’d most like to collaborate with.

What made you found your own agency?

After a decade at Edelman in London and New York working with global brands like Tiffany & Co., Heineken, Volkswagen, Dove, Maserati and others, I wanted to create a specialist luxury and lifestyle agency to fill a gap in the market.

We are a boutique generalist agency with extensive experience in each sector (art, culture, fashion, music, technology, food & drink, hospitality and philanthropy) rather than specialising in one industry like other boutiques. We think laterally about storytelling by creating compelling narratives that resonate with audiences in ways other bigger agencies may not be able to do.

Finally, I wanted to combine consumer PR with philanthropy and social good, as we believe in giving back, and there is a growing nexus between social responsibility and luxury lifestyle brands.

Issa is US-based but is expanding its European operation. What should we expect from the London office in 2018?

We’re excited to build the London office and will be moving our HQ to London. We expanded from New York to London to Los Angeles quickly. Being British and given my career started in London, it’s great to be back. We want to continue the growth we’ve enjoyed in recent years.

Within six months of inception, we worked with some of the most influential brands and companies in the world from Absolut’s luxury vodka, Elyx, to campaigns at Art Basel with The EDITION Hotel, Fashion Week with Vogue Italia, through to Def Jam Records – who represent international icons such as Kanye West, Rihanna and Justin Bieber through to Axwell x Ingrosso from Swedish House Mafia.

Our forthcoming work with BMW will be hubbed from London and we hope to continue spearheading pan-European/regional work, as we recently did for Absolut Masterbrand in seven countries.

You’ve run UK and European campaigns for the likes of Absolut, BMW and Davidoff Cool Water. What, as a young agency, enabled you to attract these famous brands?

Big brands want dynamic and creative thinking, a hunger and passion to deliver, and the ability to move quickly and opportunistically. Some of this can be challenging for a large agency.

With regard to other boutiques, we set ourselves apart by representing a wealth of different sectors while delivering high-level strategy and thinking versus being execution-led only.

Given Issa PR’s focus on luxury brands and concepts, what types of PR activity have worked best for you? Is there anything you’ve tried which hasn’t worked?

Events, experiential and content are the most successful. We launched Absolut Elyx’s first pop up club at Schrager’s EDITION Hotel when it first opened on South Beach during Art Basel, which incorporated all three elements.

We also launched the first Elyx House as an extension of the brand (copper pineapples, copper flamingos, tropical wallpaper etc.), where we hosted events with Alessandra Ambrosio and Mumford & Sons to Bryan Cranston, Aaron Paul and the cast of Breaking Bad.

Unless it’s a strong story, avoid pitching during key events like Fashion Week, Tribeca Film Festival and Coachella, if you want coverage and visibility.

A number of Issa PR’s campaigns are influencer-driven. How do you deploy them and what benefits do they bring?

We work with influencers who truly stand for something vs a fashion blogger or social media influencer. We’ll work with macro and micro influencers, as needed for clients and campaigns but still believe a holistic 360 approach is the best strategy for success.

What’s the most memorable campaign you’ve been involved with?

The Vogue Italia campaign with the late Franca Sozzani and fashion designer, Johan Lindeberg. We wanted to stand out from the crowd during NY Fashion Week by creating a photography exhibition in a raw, gritty space to celebrate real “Women of Integrity”.

To redefine notions of power and integrity, we highlighted Cuban activists, scientists developing cures for cancer, Palestinian actresses and a best-selling writer from Turkey instead of celebrities, models or influencers. The event was oversubscribed with supermodels, designers, director Paul Haggis (“Crash” and “Million Dollar Baby”), musicians and art luminaries, and generated buzz and coverage all over the world.

Finally, which influencers would you most like to work with on a campaign in the future?

As we like to create emotionally inspiring work, in fashion, I have tremendous respect for Elaine Welteroth and Edward Enninful, who are both galvanising a new type of social consciousness.

Jonathan Rosen is a conceptual artist, whose body of work is powerful and thought-provoking. Karl Lagerfeld is a fan. Jonathan also gives back and created a piece of artwork for fashion powerhouse, Colette in Paris after the terrorist bombings. Proceeds were to be donated to victims of the attack.

Finally in music, DJ and producer Oliver Nelson from Perfect Havoc is one to watch. Kygo has already heralded him as a genius.

60 Seconds with Little Red Rooster’s Victoria Ruffy
Victoria Ruffy, founder of Little Red Rooster, reveals why she set up the agency, how she attracts prestigious clients and how she replaced her Triumph Spitfire Mark IV. What [...]
Interviews
Request a Demo and Pricing
Connect on Social:
Meet the Journalist: Esquire style director Charlie Teasdale