Calacus has been appointed by international gaming company Letou to promote its shirt sponsorship of Premier League football club Swansea City for the 2017-18 season.

Calacus will launch Letou’s consumer-facing campaign ‘Letou Goals for Good’ which promotes its sponsorship and support of local charities in South Wales.

Letou will feature on the front of home, away and training kits with branding visible at the stadium and all marketing materials.

David Alexander, Calacus managing director, said: “Calacus does a lot of work in football and sports charity and Letou’s vision is the perfect blend of two of our specialisms.

“We’ve got exciting plans with Letou as it looks to expand in the UK and beyond and we’re looking forward to helping it achieve its ambitions.”

Paul Fox, Letou chief executive, added: “It would be easy as an Asian-facing gaming company to sign the cheque and build awareness purely through branding.

“I was brought up in Glasgow and I have family in Swansea and when the opportunity arose to work with Swansea City, it was really important to me that Letou uses our partnership to give back to the community as much as possible.

“We’re donating our corporate hospitality box to Shelter Cymru, a local homeless charity, and donating our season ticket allocation to Disability Sport Wales. I am confident that the ‘Letou Goals for Good’ campaign we are launching will make a difference.” 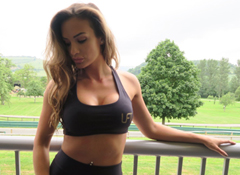 Calacus to promote clothing brand LFT
LFT (Lifestyle Fitness Threads) has appointed sports PR agency Calacus to promote its range of gym clothing and daywear. The fashion company – which caters for those who want [...]
Industry News 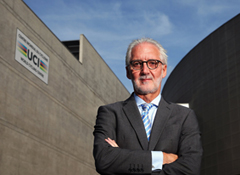