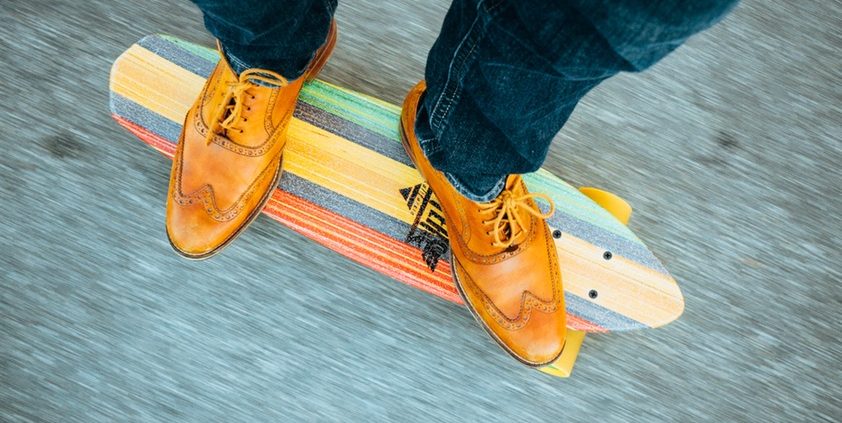 CoolBrands’ annual list of the trendiest products and services has been published this week with Apple, Glastonbury and Netflix at the top in 2016. PR pros tell us how you can build a ‘cool’ brand through comms.

A ‘cool’ brand shows traits such as authenticity, desirability, innovation and originality, according to CoolBrands which publishes its list every year. CoolBrands asked a “nationally representative” sample of 2,500 British adults to bear these four factors in mind when choosing their favourite brands.

So, how have these brands come to build such a reputation and what can PRs learn from them? Comms pros tell Gorkana how to do ‘cool’ comms:

“Many of the brands featured are ones that truly live and breathe their values, and positioning, in everything they do. Credibility in the eyes of the audience is fundamental to their success, because being authentic is not a buzzword for this generation of consumers – it is everything. It must permeate all marketing and communications. It should drive the behaviour of the brand and business – because reputation is earned through actions, not words.

“The relationship between adidas and Stormzy is a great example of playing a credible role in culture at grassroots level, working with an influential figure with a genuine love of the product. They’ve established a true partnership, beneficial to both artist and brand, and ultimately viewed by the consumer as being genuine and inspiring.”

“Coolness is subjective but, given that authenticity is one of the key criteria, I’m surprised to see that brands with a strong social purpose are absent from the ‘Top 10’.

“Globescan’s 2016 public radar showed consumers increasingly want to choose brands that have a clear social purpose, brands that stand for something meaningful and enrol customers in their mission. For example, I would have expected to see a brand like Tesla appearing above Aston Martin in the list due to their ground-breaking innovation and social purpose.”

“It is highly desirable for a brand to be perceived as ‘cool’, but becoming so is no straightforward matter. To be ‘cool’, a brand needs to be authentic, follow its own path and challenge the norms and expectations of others.

“Being cool is both subjective and dynamic. What consumers consider cool changes over time and across consumers. And, of course, a great PR strategy can go a long way in terms of engineering the perception of cool.”

“What sets these brands apart is their unwavering commitment to engaging with consumers on an emotional level. Spotify doesn’t promote an app, Apple doesn’t promote a phone and Airbnb (listed as the 12th CoolBrand) doesn’t promote a nice duplex on the Upper West Side – it’s the experience they all offer. From living like a New Yorker to capturing that Friday feeling, these brands tap into how people feel and more than that, they understand how they want to feel. And that is what makes their comms so powerful.”

“First and foremost, each of the brands in the top 10 have nailed their ‘why’. They understand what their purpose is. So what can the comms industry learn? Make sure your brand understands its ‘why’ and once it does run with it. Innovate around it, and continue to offer your customers the same incredible experience. You’ll find that they’ll go from being customers to advocates of your brand and products. That’s more powerful than any influencer deal, or advertising campaign.”

“The secret behind the rapid growth of ‘cool brands’ like Airbnb is funding (noting latest news on Google increasing its stake) and a great product (I can vouch for a fantastic experience when I stayed in Ibiza Town last year).

“Critically, the business has engaged its ‘global community’ with a smart PR strategy (sleeping with sharks in an underwater room anyone??).

“This explains its meteoric rise from a San Fran start-up with a trio of mattresses eight years ago to a business which aims to become the first ‘community-led superbrand’ today.”

“It’s struck me how many of these brands are forming partnerships with each other in this collaborative age. For example, only last week Sonos announced a partnership with Airbnb for their Listening Rooms at their New York Rough Trade store. The Hi-Fi brand also has partnerships with Spotify and Apple and if you go down the list, you’ll find many other collaborations between the companies on here. It seems that cool gravitates to cool.”

Opinion: Why “PR” is having a renaissance
Brendon Craigie, co-founder and managing partner at Tyto PR, examines why PR professionals are once again adopting the PR moniker. The public relations industry is in the [...]
News Analysis
Request a Demo and Pricing
Connect on Social:
How start-ups can get the right PR support