In March, Running Fitness, the magazine for people who are passionate about running, rebranded as Running. Four months on, Gorkana‘s Ronan George catches up with editor Amy Curtis to find out why the title has done away with models on the cover to feature “real runners”, the type of runners she’s now looking to attract and what PRs can do to help with content.

Running Fitness rebranded as Running in March. Why?

We really wanted to offer something completely different, that wasn’t aimed at men or women, just runners in general.

What’s been the biggest changes to the title?

The name change for a start! Also, the cover has been completely revamped to do away with posed models and feature real runners in real events, which will hopefully appeal to a wider range of runners out there.

We have more clearly defined sections too, making sure we cover all aspects of running – from kit and health to training and events. We’re big on events actually, we think they play a huge part in bringing the running community together.

The fitness and health market is particularly competitive. Where do you think the rebrand has positioned you?

We’re seeking to appeal to committed runners typically those who train at least once a week. Our content will be evolving to appeal to this demographic over the next few issues.

A runner, essentially. It could be anyone, from a keen youngster to an older, more experienced runner, but the idea is that we talk to runners about what they’re doing, how to improve it and where to race.

Talk us through the key sections of the magazine.

There are four main sections: Training & Conditioning, Kit, Wellbeing and Events, as well as some regular columns and a monthly lead feature at the start.

The headings speak for themselves, focusing on the main areas of running, and we’re putting a bigger focus on kit and events than the magazine has previously had.

How does digital content differ from your print offering?

We try to have a strong link between the magazine and the website, but there will be quite a bit more kit reviewing online, as well as a variety of blogs.

Email press releases relevant to these subjects and let us know when a new kit comes out – we’re doing a lot more physical testing of gear for the new format.

What are your pitch preferences?

What are your lead times and when do you have key meetings?

Lead times are fairly flexible, but we work about a month ahead. Key meetings two months ahead – the magazine publishes every four weeks, rather than calendar months.

How does digital content differ from your print offering?

We try to have a strong link between the magazine and the website, but there will be quite a bit more kit reviewing online, as well as a variety of blogs.

Finally, in recent months we’ve seen publications move to mobile only apps. Is this something you would consider going forward?

We will be developing our digital strategy, including our mobile offering in more depth once the rebrand has settled down. 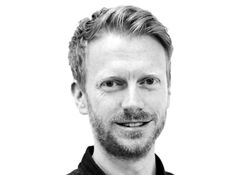 One to promote Bupa health assessments
Integrated communications agency One has been appointed to deliver a targeted marketing campaign to raise awareness of Bupa‘s health assessment service. The campaign [...]
Industry News