Thomas Pink is the official formal wear outfitter to the Lions 2017 and will produce blazers, shirts, ties and formal wear accessories for Lions players and squad members. The shirt maker will also design a range of formal and casual wear, which will go on sale to the public in October.

The consumer campaign, which will be run by Pitch’s recently launched specialist sponsorship division, Pitch Partnerships, is expected to run from September 2016 to May 2017, and will include a range of ambassador, digital and experiential activations. Central to the creative will be the launch of of a tongue-in-cheek Thomas Pink rugby club.

Alex Field, global head of marketing at Thomas Pink, said: “Pitch showed they understand the character of Thomas Pink with the highly successful Pink campaign for the last Lions Tour. This campaign will be a natural evolution of the last but adapted for the digital environment, across more markets.”

Henry Chappell, Pitch CEO, added: “We’re delighted to be working with Thomas Pink again to activate its second partnership with the British & Irish Lions – an increasingly sought after sports property. The first collaboration was a big success, and for the second campaign we plan to produce some great content and experiences that will be accessible to fans in the UK and across the globe.” 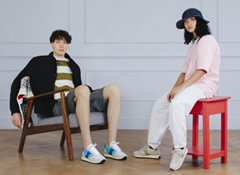 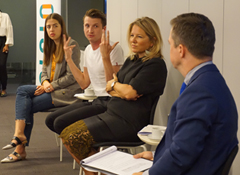 Grayling wins Women in Rail comms brief
Grayling has been chosen to deliver a wide-ranging integrated communications brief for Women in Rail, following a four-way pitch. Over the next two years, the agency will [...]
Industry News
Request a Demo and Pricing
Connect on Social:
Jago wins all-Ireland PR brief for VisitScotland