The longest-serving British monarch  Queen Elizabeth II marked her birthday on the 21st April  as she spent much of the previous 90 years: waving to the crowds.

It was announced that on 17:30 she had reigned for 23,226 days, 16 hours and approximately 30 minutes – surpassing the reign of her great-great-grandmother Queen Victoria.

The occasion was trending on Twitter for most of yesterday and took social media by storm with updates ranging from well-wishers’ tributes to clever PR stunts by companies inventing creative way to honour Her Majesty’s anniversary.

Birthday like a Queen
As the Queen celebrated her historic milestone, companies around the globe came up with clever congratulatory messages.

To pay tribute to Queen Elizabeth II on her 90th birthday, Twitter created some animated balloons for users who headed over to the official @BritishMonarchy account, and it was later revealed that all tweeters could have an equally colourful birthday by enabling the feature from their settings.

Fast food chain Burger King honoured Her Majesty by renaming its Tottenham Court Road branch in London to Burger Queen for the day – much to the delight of the public.

Railway stations around London also took part in the celebrations and wished Queen Elizabeth II a happy birthday via public announcements while it was also announced that later this year Crossrail will be named the Elizabeth line in honour of the Queen.

Meanwhile, as the Queen spent the day celebrating her birthday, Buckingham Palace announced that they are on the hunt for a new social media manager to look after her official Twitter feed well as maintaining and growing the Facebook and YourTube accounts for  The Royal Family, Kensington Palace and Clarence House. 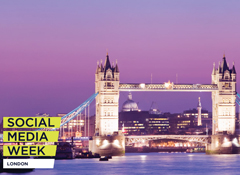 The Gorkana Weekly Industry News Brief: 3 – 9 September 2016
Missed out on this week’s PR News? Get your handy round-up of the essential highlights of PR and media stories, features and events content over the last seven days on Gorkana [...]
Industry News 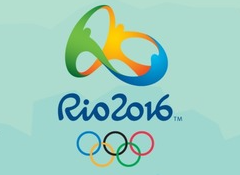 The Olympics 2016: Twitter analysis
The Olympic Games 2016 have sparked conversation on Twitter around the globe as users take to the channel to cheer on their teams – or simply to weigh in on the [...]
Inside Analysis
Request a Demo and Pricing
Connect on Social:
Muggles on social media welcome the Wizarding World London Mayoral Elections 2016: Social Media Analysis
Scroll to top
Cookie Policy