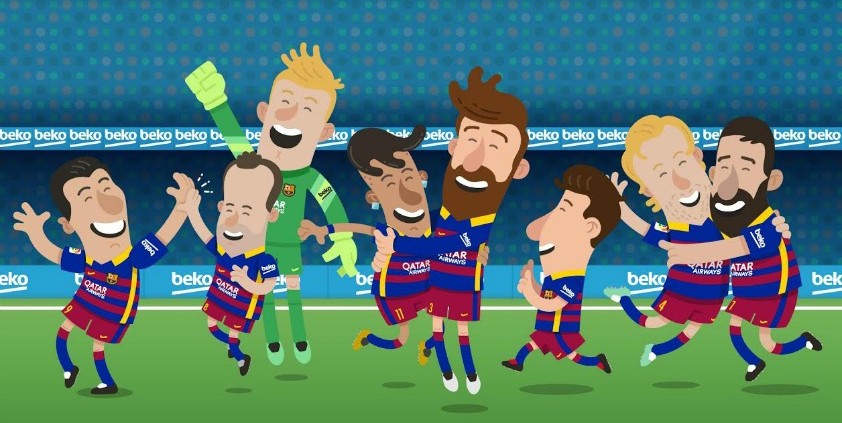 Synergy has developed a PR, digital and experiential campaign, which will be co-ordinated across key Beko markets around the world from Synergy’s London office.

The ‘Official Partner of Play’ campaign, which launched earlier this month, aims to celebrate FC Barcelona as the “most playful team on the planet”, as well as promote Beko’s product range as offering people more time to “play” within their busy lives.

The campaign will also feature “money-can’t-buy” opportunities for fans, including the chance to play football at Camp Nou, FC Barcelona’s football stadium.

George Mead, International brand manager at Beko, said: “We’re delighted to be working with Synergy to activate our partnership with FC Barcelona, one of the most iconic clubs in world sport. Our sponsorship of Barça has huge potential and we know that Synergy will help unlock and deliver this across key territories.”

Adam Raincock, director of comms at Synergy, added: “Beko is one of the leading home appliance brands in the world and we are very excited to be working with them on maximising the potential of this exciting partnership with FC Barcelona.

“Our purpose at Synergy is to create the world’s most inspiring, innovative and effective sports and entertainment marketing. I’m proud that we can do this with Beko to deliver a disruptive campaign that drives engagement.”

Beko is a Premium Partner of FC Barcelona and is into the second year of a four-year deal with the football team.

Opinion: Why “PR” is having a renaissance
Brendon Craigie, co-founder and managing partner at Tyto PR, examines why PR professionals are once again adopting the PR moniker. The public relations industry is in the [...]
News Analysis
Request a Demo and Pricing
Connect on Social:
Instinctif Partners expands US presence