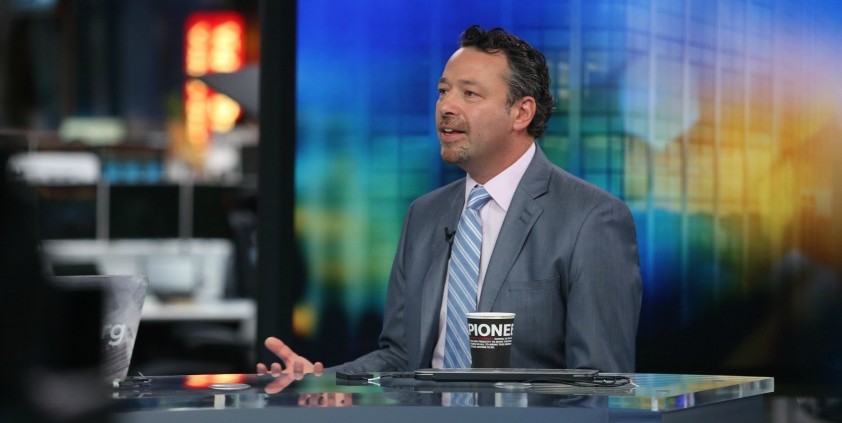 Gavin Serkin, co-presenter on the newly-launched Emerging Opportunities show on Share Radio, talks about covering financial opportunities in the “less reported” parts of the planet, the station moving to a national format and how PRs can help with the show’s variety of segments.

Firstly, could you give us an overview of what the new show is about?

Emerging Opportunities is the only show on radio dedicated to global emerging and frontier markets – focusing on the economies, politics and markets of Africa, Asia, Central & Eastern Europe, the Middle East and Latin America.

Who is the show aimed at?

Emerging Opportunities is aimed at anyone with an interest in finding out what’s going on in some of the less reported parts of the planet. Our ‘Boots on the Ground’ segment, for example, takes the listener directly to a country of focus that week. So far, we’ve been to Iraq, Iran, India, Myanmar, Cuba and even North Korea.

How do you strike the balance to appeal to investment professionals as well as a less financially-knowledgeable audience?

Emerging Opportunities is all about exploring beyond the places you’re familiar with – so even for the professional audience, I’m guessing we can tell them a thing or two they didn’t know about South Africa, Argentina or India. But I tend to think of our average listener as the armchair traveller or investor. And when they’re in that armchair, the last thing we want to do is send them to sleep. So we have zero jargon and 100% lively interaction.

What content do you find listeners will engage most with?

We always start with what’s in the news and moving the markets the most in our ‘Moving Markets’ segment. This is what is likely to be foremost in people’s minds – the essential stuff they need to know about right now, with perspective from our guest experts. Once that’s out of the way, and you’ve addressed what the listener feels they need, we then focus on what they didn’t know they wanted to know. The greatest thing about travel is finding out surprising things that alter your perception of the way a country or the world works – that’s what listeners really engage with.

How do you go about planning the show?

Fortunately, I spend my life focused on emerging and frontier markets as the managing editor for Frontier Funds – working with Exotix Partners, producing the Frontera frontier-markets news service, engaging with emerging-market political risk analysts at West Sands Advisory and building content from the real-time search engine Krzana. So I’m very in touch with what’s in the news and have access to some great personalities in the industry to work in as guests. I normally come up with the lineup and then work with my producers, Michael Considine and Alexi Phillips, on putting the content into a good tight package for myself and Juliette Foster to squeeze into half an hour.

What sort of person makes an ideal guest on the show?

Most people active in the emerging and frontier markets have a story to tell. The fund managers tend to be fairly adventurous spirits, the politicians have often risen from a very different past to where they are today. I enjoy discovering that person and weaving the narrative into their perspective on a country or an investment idea. We had a chap who decided to set up a fund to invest in Iraq – now of all times, with low oil prices and Islamic State causing chaos. But as an Iraqi who’s lived through three Gulf Wars, he had a fascinatingly optimistic perspective.

It’s always good if the PR has a sense of how their client can fit in with the show. For example, are they travelling somewhere unusual that would make a good ‘Boots on the Ground’ interview or do they have a call on the market that’s completely against the consensus of what everyone else is saying that would fit well with our ‘Winners & Losers’ slot? I’m always happy to talk through ideas though, and see what we can come up with.

Since its launch in November 2014, Share Radio has continued to grow, culminating in the move to become national earlier this week. What is behind the success of the station?

Share Radio is leading the pack as the first commercial broadcaster on finance. We are one of the world’s great financial centres so it’s only logical that the UK should have a sensible financial station. What the founder Gavin Oldham and editor-in-chief Donald Leggatt have done to perfection is take the best of the Beeb, including much of their top talent, including Donald himself, my co-presenter Juliette and the iconic news reader Fenella Fudge.

And finally, what’s the next emerging region to keep an eye on?

Nigeria is the top pick for the coming decade in my book. In spite of the devastating economic impact from falling oil revenue and the current cockeyed policy response from a government deciding to stick its head in the sand, Nigeria has the biggest potential to surge. This is a country whose population by 2050 will top America’s as the third biggest after India and China. Its notoriety for corruption scams also is a reflection of the ingenuity and entrepreneurship in a country under-restrained by law and order. The opportunity is Nigeria’s to lose.

He was speaking to Gorkana’s Caleb Greenland