Artists Against TTIP, an organisation formed by UK actors and artists opposed to the Transatlantic Trade and Investment Partnership between the EU and the US, has hired tpr media to raise the profile of its work in the UK and overseas markets.

It aims to raise awareness of the threats posed by the Transatlantic Trade and Investment Partnership (TTIP), a free trade and investment treaty currently being negotiated between the EU and the US.

The stated goal of TTIP is to reduce “barriers to trade” between the EU and US. But Action Against TTIP argues it would lead to a transfer of power from democratically elected governments to large corporations.

Artists Against TTIP has handed tpr media an initial six-month brief to develop the campaign’s profile and build awareness among mainstream audiences.

Sophie Toumazis, director of tpr media, said: “This is a vitally important campaign with potential to make a real difference and it’s a privilege to be involved.  One of the campaign challenges is to demonstrate, in concrete terms, how something as abstract as a trade treaty can impact on our everyday lives.  We need to bring this to life in a way that feels real and relevant.” 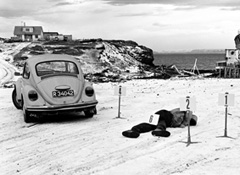