Alex Brummer, City Editor of the Daily Mail and author of Bad Banks, on the failure of comms during the financial crisis, the public’s increased scrutiny of The City and how access is key to getting a better position in the press.

2014 saw the publication of your seventh book, Bad Banks: Greed, Incompetence and the Next Global Crisis. Why did you feel it was the right time to revisit the attitudes and practices of banks in such detail?

publisher felt it was a good idea to pick up where the story left off. It really brings it right up to date. The bad behaviour of the banks has stretched way beyond 2007. In many ways the behaviour following the crisis was as bad as before.

Whilst you were writing Bad Banks, which scandal did you find the most shocking?

They are all pretty shocking. The most interesting were the international scandals, around sanctions-busting and the circumvention of sanctions that had been put in place by Western governments. A large part of the book is about money laundering and sanctions-busting around HSBC. Then there’s the foreign exchange scandal that is only now unravelling. The book also deals with the interest rate rigging scandal, which cost people a lot of money.

The title of the book suggests future banking crises – what have been the regulatory political failures since the 2007 crash?

The regulatory structure has been totally overhauled, and it’s working its way back. What should it have picked up and what didn’t it get? The Co-operative Bank is an example of the system not moving fast enough to deal with a potential problem. The checking processes to assess the fitness and properness of directors failed miserably. How did the Rev. Paul Flowers ever get to be Chairman of a high street bank?

Also, the culture inside the banks is something that the FCA never really managed to get at. In the build up to the financial crisis, the incentives culture in investment banks infested the retail banks. We find inside the retail banks the same kind of incentives that caused people to engage in selling products that people didn’t really need; Payment Protection Insurance is the most obvious example. There’s also the interest rate swaps sold to small businesses and even up to the present day, banks like Lloyds have been circumventing regulation to sell products that people have opted out of selling. Those kinds of practices at the retail end have continued right on.

So why isn’t this issue being tackled by politicians?

I think we’ll hear a lot about bankers in the run up to the Election, but there are no real winners here.

The Tories still use the idea that the crisis was Labour’s fault, and that the banking crisis was at the heart of the financial crisis. However, there’s been so much that has gone wrong since the last election. The Conservatives have tried to close a lot of the loopholes, but some of the really big reforms, like the separation of retail from investment, still haven’t taken place. The banks are working hard to slow that process.

The other thing that didn’t change was the bonuses. Until 2013/2014, Barclays were paying out more in bonuses to their bankers than they were in dividends, even after the government and regulators told them not to do so.

Was there lacklustre coverage of banking practices in the media before the 2007 crash?

In the build-up to the financial crisis, the press were useless. They portrayed people like Fred Goodwin and Bob Diamond as demigods who could do no wrong. I think that is largely about the way that people in financial journalism at the time didn’t want to have villains – they wanted heroes. I’ve been around for a long time and have been very sceptical of this. Everybody has clay feet, and some of the stuff that was going on was unacceptable and stupid. It takes years to settle down a big bank merger, but RBS was buying everything they could get their hands on – you can’t do that. We have seen the consequences, because the IT systems couldn’t cope.

Since the financial crisis, is the increased media scrutiny on banks an overcompensation for failings to address it?

Earlier this year, Jamie Dimon, of JP Morgan, said that the banks were under assault. They aren’t under assault for nothing. They have become too big, too powerful, too overweaning – more interested in the bankers than the customers. I thought it was farcical that a bank like JP Morgan, who have had to pay nearly $30 billion in penalties and fines, but still manage to produce record profits of $24 billion, should be complaining. Dimon was not complaining when he was Obama’s favourite banker and was welcomed to the White House on a number of occasions. He only started complaining when they made mistakes, like the London Whale affair which is documented in the book, and he became persona non grata. The fact remains, they were willing to tolerate bad practice in every part of that bank at one time or another.

Was comms part of the problem before the financial crisis?

I think a lot of it was misleading during the crisis. It’s difficult with banks, because they are such sensitive things. If confidence goes, then people walk out the door. If you work for a bank, you would be stupid to say that something is very badly wrong. You have to steer a path. The good communicators found ways of dealing with those problems, but some of them lied through their teeth.

I don’t think the culture has changed that much, it will take years. These new broader banking standards have been set up to clean that up.

Is the public more aware of what’s going on in The City now?

I think the public is more interested. The problem is no-one wants to kill the goose that laid the golden egg. The City is still the leading earner for Britain in terms of foreign currency and trade, and the world’s biggest banking and commodity trading centre. All of that is important for our prosperity. There’s a dichotomy here. There are businesses that live off banking. It’s an important part of the economy, that can’t be stripped out.

Talking now about your role at the Daily Mail, what is it about your City pages that set them apart from the competition?

We have a much steadier City staff than other papers do. Since I’ve been City Editor at the Mail, there have been six at The Times and five or six at The Telegraph. Being an Editor today is about being able to draw lines backwards and forwards, and understand where companies are coming from. At the Mail, we are providing a service aiming at private investors, rather than the institutions we write about. We’re much more interested in the consumer than the other City pages are – as interested in the consumers of utility products as the shareholders of those companies.

How can PRs help with this?

What we need is good, clear information when things are going wrong. It’s about trust and availability. It’s hard to get right – there are companies which are incredibly difficult to get to. Companies which provide more access at senior levels, without doubt, get a better position in the press.

It’s not who’s in your contact book, it’s who’s in there that will answer your calls. I have people who I know will always call back.

We punt a lot of stories up to the front of the paper; from complex economic stuff, deflation and IMF reports through to the supermarkets. The second tier stories won’t make it, unless it’s a big personality story. When Harriet Green resigned from Thomas Cook, she got a lot of coverage at the front end of the paper. Women in general get a bit more attention than men, particularly in the Mail which has a large female readership. 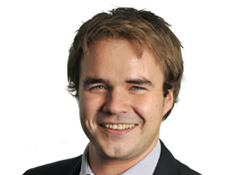 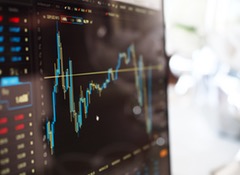 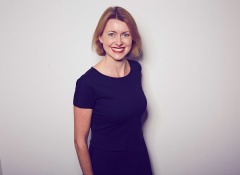 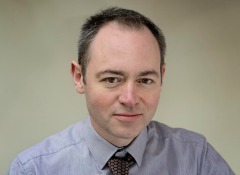