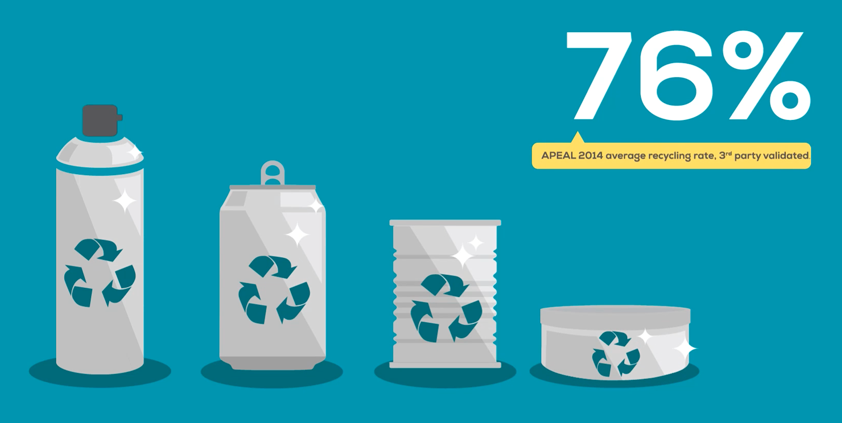 Pelican Communications helped the Association of European Producers of steel for packaging (APEAL) to promote an animation highlighting the benefits of steel packaging.

APEAL produced an animation to highlight the role steel for packaging can play in helping to achieve the goals and objectives presented in the European Commission’s Circular Economy Package (CEP).

As specialists in the packaging sector, Pelican Communications promoted the animation campaign and adopted a multimedia, integrated approach that utilised digital and traditional media platforms to achieve global reach.

The aim of the campaign was to highlight the benefits of the circular economy and the role steel for packaging can play in helping to achieve the goals and objectives presented in the European Commission’s CEP.

The campaign was specifically targeting politicians, legislators and influencers within the Brussels political community and environmental sector.

The key messages to promote were:

Pelican decided that the animation would be best shared across Twitter, LinkedIn and Facebook, using the hashtags #circulareconomy and #steelpackaging where appropriate. It also capitalised on existing third party hashtags, such as #zerowasteweek, to help increase engagement.

The agency also ensured that content was search engine optimised, while APEAL also uploaded the video to its YouTube channel, boosting optimisation.

Pelican also targeted traditional press coverage in European titles with an online presence, ensuring that these titles were able to publish the animation alongside any coverage.

Pelican and APEAL used were the impressions and engagement measurements from each social media platform’s analytics as their key campaign KPIs. The reach achieved through traditional media channels was measured through existing knowledge of circulation figures.

APEAL and Pelican were delighted with the results and reach of the campaign, given the small target audience.

Opinion: Why “PR” is having a renaissance
Brendon Craigie, co-founder and managing partner at Tyto PR, examines why PR professionals are once again adopting the PR moniker. The public relations industry is in the [...]
News Analysis
Request a Demo and Pricing
Connect on Social:
PR Case Study: Speed Communications – Bidfood’s Christmas Gift