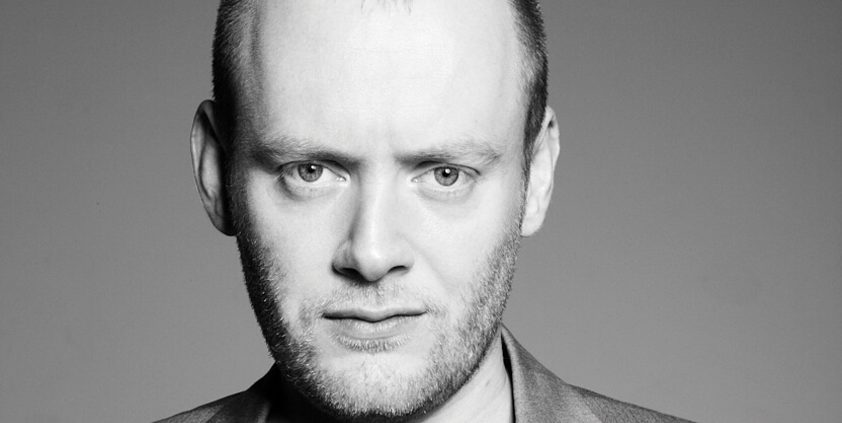 Matthew Todd, Attitude’s editor-at-large and former editor, discusses the issue of mental health in the LGBT community, securing Prince William as a cover star and what Pride Month means to him.

What does your role as Attitude’s editor-at-large entail?

Getting to lie in a lot. I’m a freelance writer now – working on a new book and I write for the Guardian and other places and have done a couple of reports for Newsnight. I feel like an elder statesman of Attitude.

I feed back ideas and stories, and things I think we should be covering. When you have your nose to the grindstone it’s easy to miss what is going on out there. I think all the editors from over the last 24 years of Attitude have brought something to it, but I guess my thing was mental health and the community feel, so I’m enjoying reporting back on that and writing features and articles for the new team.

You were editor of the magazine between 2008 and 2016. How much did society change for the LGBT community between the beginning and end of your tenure?

It was an interesting time when most of the legislature that changed the UK for LGBT people was in place and, in some ways; it was a case of seeing how the country and politicians dealt with that.

We also had a new Conservative leader. I convinced David Cameron to become the first Conservative leader to appear on the cover of a gay magazine, which wasn’t easy. It was a big deal and marked a new period where the Tories were trying to reform their image as the party that stood against LGBT equality.

Did the magazine’s audience or outlook change in that span?

Gay culture is complicated and ever evolving. We started the discussion about the disproportionate rates of mental health problems amongst LGBT people, such as addiction and so on. I tried to be as diverse as possible and socially responsible including pages on ‘real bodies’ and including a profile of a gay couple every month.

I’m sure some people would say I succeeded and others not, but it is a big challenge, especially for a gay magazine, to be socially responsible whilst also making a product that people actually buy. There is a complicated relationship with sexy cover stars. People complain about it but as soon as you drop them people don’t buy the magazine. I write a lot about that in my book, Straight Jacket.

What would you class as the magazine’s biggest achievement?

As my last issue as editor I asked Prince William to appear on the cover, and that was a history-making first. To think there were still major inequalities in the law when the magazine started in 1994 and by my last issue in 2016 we had the future King of England saying that homophobic bullying was wrong, was amazing.

What is your view on how the media reports on issues related to the LGBT community in general? And gay men in particular?

I don’t think the media does report on gay issues very much. The media is happy for us to present fashion or entertainment slots but doesn’t go into any depth about specific issues that affect us.

For instance, gay marriage was reported from the perspective of how it would affect David Cameron’s base support – not the actual people whose lives it would affect. I’m very happy that Newsnight have allowed me to do a couple of reports on gay issues, which brings things to the mainstream.

It’s odd that barely any press have gay columnists writing about the issues. Sometimes I even think the press is too careful of being seen as homophobic. My book missed out on some coverage because commissioners felt that writing about ‘the gay drug problem’ was homophobic – when in fact it’s a huge problem that needs to be talked about.

Since relinquishing the role of editor, you’ve written a book examining mental health in the LGBT community. What made you focus on that area and what has been the reaction to the book?

I realised that so many of my friends and colleagues had struggled to be happy or had addiction issues. Someone who once worked in the office killed himself. And I struggled too. Once I finally realised why it was happening – the way gay people grow up in hiding often has a lasting effect – I wrote about it and we got the biggest postbag we’d ever had.

The reaction to my book has been overwhelming. Readers call it ‘game changing’ and ‘life changing’ and write to me telling me it was saved their lives. It was voted Boyz LGBT Book of the Year and Sir Elton John said it was “an essential read for every gay person on the planet”. I hope it helps friends and families of gay people understand what is going on for many of us.

How can PRs best work with Attitude?

Have a look at the magazine and also understand the history of Attitude. I don’t mean to be mean or competitive but I was surprised how many people didn’t know we were the best selling gay magazine and the only one who secured the likes of Madonna, David Beckham, Sir Elton John, Daniel Radcliffe and Lady Gaga to give us cover interviews.

It also amazed me how many PRs came to us trying to promote women’s lingerie!

Finally, what does Pride Month mean to you?

It’s a time to reflect on the huge effort it’s taken for LGBT people to come as far as we have, how far we need to go and also of the huge privilege we have here. It is still criminalised in around 76 countries and punishable by death in around 11, mainly because of Sharia law.

It’s also important to me with my work on mental health to understand that we need to face some of the problems that are left from a legacy of societies shaming of gay people. The challenge is learning to like ourselves and heal the damage.

60 Seconds with Little Red Rooster’s Victoria Ruffy
Victoria Ruffy, founder of Little Red Rooster, reveals why she set up the agency, how she attracts prestigious clients and how she replaced her Triumph Spitfire Mark IV. What [...]
Interviews
Request a Demo and Pricing
Connect on Social:
Meet the Journalist: Woman & Home’s Kath Brown