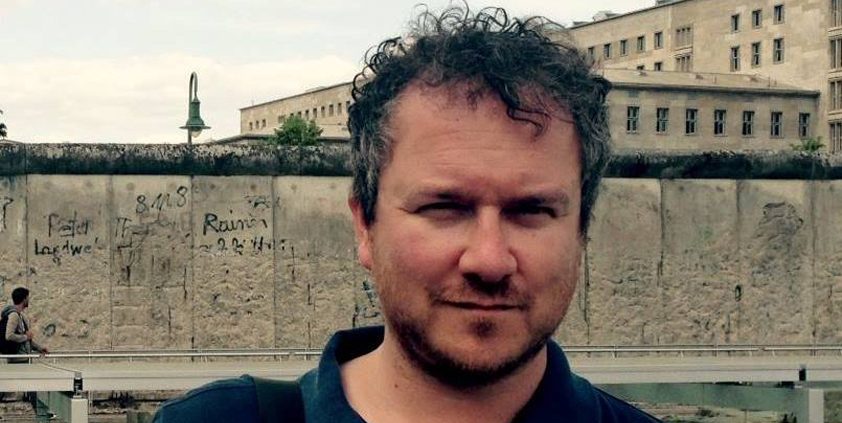 Trevor Palmer, director at PR agency Tank, talks about the agency’s expansion, linking digital and PR activity and falling for a Vanessa Paradis lookalike back in the nineties.

Why did you set up Tank?

I was lucky enough to work at an advertising and PR agency called Rock Kitchen Harris. It was Mad Men meets Silicon Valley (genuinely). There were tonnes of genius characters of all ages, with loads of creative freedom and we did fantastic work for amazing clients and had a scream. It made me love work, which until that point, I hadn’t.

I moved on from RKH, missed it terribly and came to realise that the only way to get that atmosphere and environment back was to create it myself.

The agency is based in Nottingham. Why did you choose the city and how does it differ from being based in London?

I worked for a couple of London agencies in the late 90s. I probably would have stayed there, but was seduced back to Leicestershire by a Vanessa Paradis lookalike. London was great at night and weekends, but I suppose I was underwhelmed by the places of work – I know how good it is there though and at the time I was just doing the wrong work.

Fast forward almost a decade and I had made my name in the industry and knew the market, and had lots of clients ready to sign before I started. These were all over the country and, like now, in 2010 communications were sufficiently good for it not to matter where you were based. Nottingham was just where I lived at the time.

You’re set to expand to a new office. What are the benefits and challenges which come with that?

The change is long overdue, so there are mainly benefits: more space, multiple large meeting rooms, room for a bar/café reception, staff room, large kitchen, sweeping halls, a good space for talks and sublime views over a majestic churchyard.

To the challenges. We have non-execs, who among other things are helping us to create solid processes and better develop our people, and each time we expand, it just works as the nuts and bolts are in place. If we can find the talent (hardest bit in the East Midlands) I think we’ll get to 40+ in the next 18 months.

As an integrated agency, how important is it to link digital efforts to your PR activity?

We have been integrating digital with a purpose since 2010. Tank has always been about that from a social media and SEO perspective.

Even probably 18 years ago (pre-Tank) when some clients would chastise you for trying to justify your existence with ‘worthless web coverage that nobody reads’ – I presumed that would change. Perhaps not to the extent that it has though.

If you had to pick one aspect of Tank’s work which is most crucial to its growth, what would it be?

Our ability to think in stories. We’re a bit like the Marines – except everyone’s a writer and not a rifleman. Not all of our team write in their day-to-day roles. But they all can, and think in that way.

This makes our content strong and appealing to clients and journalists. We have our news judgement, but also our ability to create something that someone genuinely wants to read, publish or share.

How do you measure your PR results?

By the smiles on clients’ faces! The PR industry spent decades debating the value of AVE, and while it was sleepwalking the digital industry came in with actual proof of results via analytics et al.

PR caught up though, and now makes use of the bits it needs. We use what the clients are comfortable with, but most commonly: form completions, key message penetration, enquiries, traffic, keyword position, reach and sales. The one that still has ultimate power though is: ‘They called us up and said they’d seen us in X’.

One thing that we will never sign up to is guaranteed results, as a lot of digital agencies are starting to promise. We always get the results (all of our clients will testify to that) but you cannot guarantee that any number of media or non-media publications will use something when you’ve said they will, before you’ve worked on it. Clients who understand PR and have worked with good agencies, understand this. Guarantees are for electric razors, not PR agencies.

Finally, name something Nottingham offers which London does not.

A less complicated and distracting stage, on which to better rehearse global domination.