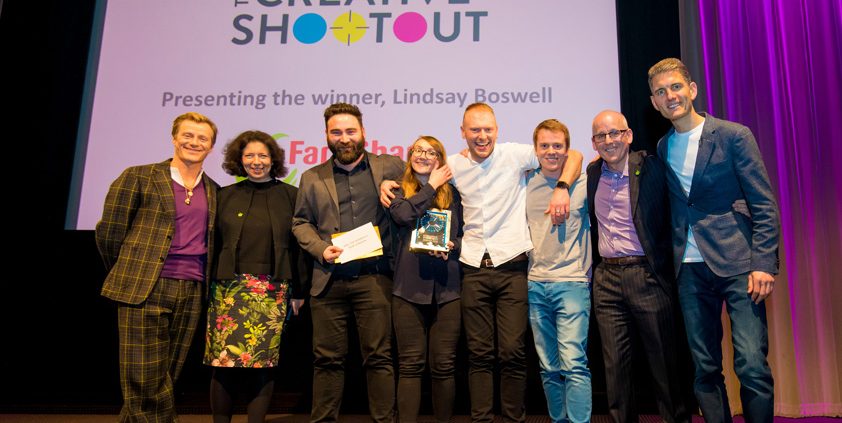 The agency emerged victorious after it, and eight others, had four hours to devise a campaign for food redistribution charity FareShare before presenting their ideas to assembled judges and audience members. Live experience agency Ignis was awarded second place, while Mischief PR, which has won the Shootout in the past, took third.

Raw London will now work with the charity to implement its ‘Any shape – any size’ campaign between May and September. It will receive a £250,000 digital media spending boost from one of the event’s official partners; premium publisher cooperative 1XL, as well as £30,000 in fees from FareShare.

Launch PR’s Johnny Pitt, founder of the Creative Shootout, said: “The Creative Shootout is the most raw and real creative show and award in the UK. Every finalist team deserves to be called out for brave and inspiring performances, with just four hours prep time. We saw some stunning creative work tonight. The UK creative industry is truly alive and well.”

Lindsay Boswell, CEO of FareShare, added: “What a night and Raw London’s campaign will make a massive difference to us in 2018 as we look to treble volunteer numbers in the UK.”

Opinion: Why “PR” is having a renaissance
Brendon Craigie, co-founder and managing partner at Tyto PR, examines why PR professionals are once again adopting the PR moniker. The public relations industry is in the [...]
News Analysis
Request a Demo and Pricing
Connect on Social:
This week’s PR news in brief (22-26 January)