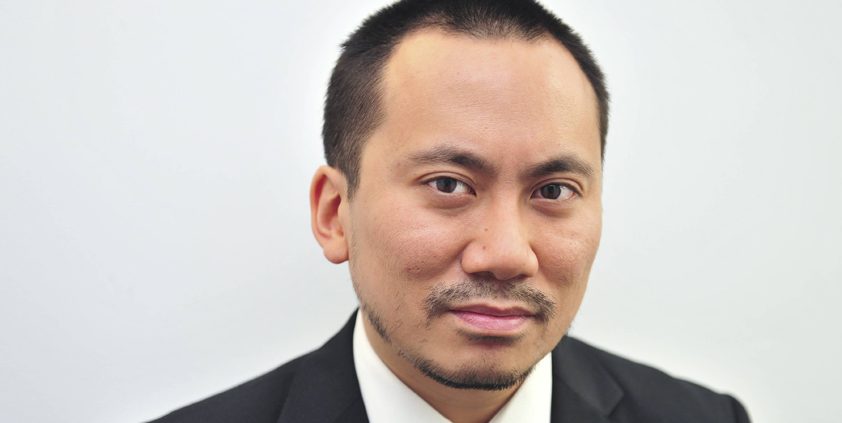 Geoff Ho, city and financial editor of the Sunday Express, describes how varied his working days can be, what stories he’s looking for and the big business stories in 2018.

Martial arts teaches you and reinforces discipline. It’s also a great way to relieve stress, as you can take out your frustrations in training or sparring!

Describe a typical day at the Sunday Express.

I don’t really have a “typical day”! Every day at the paper is different for me, one day I’m rushing from one part of the city to another and in and out of meetings; the next day someone dressed as Snoopy will be in the lobby to greet me.

My week begins on the Tuesday, which involves lots of admin, a few meetings and phone calls with companies and, in the afternoon, overseeing the Daily Express’ personal finance pages. Wednesday is the day for meetings and news gathering.

Thursday morning is spent condensing all of my story leads into a list, which is presented to the editor, while the afternoon is spent proof reading our money pages. Friday is when everything is written and Saturday is our live news day.

With a Sunday paper the emphasis is more on original stories or being able to move an existing story on. You also have more time, at least in my experience, to delve into stories and dig things up.

What is the one goal the city desk has in mind when finding and writing stories?

For me they have to be interesting to a wide, general audience.

With that in mind, what sort of business and financial news are your readers most interested in?

Mostly ones involving either house hold names or things that are personal to them such as pensions, property, banks behaving badly, care homes.

How would you describe your relationship with PRs? And what are you looking for from them in terms of pitching and content?

Cordial. I’d like to think that PRs view me as a no-nonsense, but fair, operator who ultimately just wants to have a productive relationship with people. I’m more than willing to hear a PR out but they need to do their homework.

That means knowing what I’m after, which is COMPLETELY NEW stories or a way to move a big, existing story on. Any PR that sends a press release dated for a Wednesday and then calls to ask me if it will make the cut for Sunday just wastes both my time and theirs.

If you are going to pitch me, it either has to involve a big household name or be interesting to a general audience.

What has been the most interesting story you’ve covered during your career?

It’s a coin toss between the bank bailouts of 2008 and the final salary pension scheme closures crisis of the early 2000s. The collapse of Phones4U was a good one too.

What do you expect the big business stories to be in 2018?

Brexit trade deals or lack of; consumer spending feeling the squeeze and hurting retailers as a result; more conduct fines for banks; and last but not least, energy prices.

Finally, you’re a big Manchester United fan; do you think there’s a way for you to overhaul Manchester City this season?

No. Eventually City will fall away though – once the petro dollars fuelling the club run out, the natural order will reassert itself and they won’t trouble us. We will always be the biggest club in the world.

Opinion: Why “PR” is having a renaissance
Brendon Craigie, co-founder and managing partner at Tyto PR, examines why PR professionals are once again adopting the PR moniker. The public relations industry is in the [...]
News Analysis
Request a Demo and Pricing
Connect on Social:
60 Seconds with Barbara Bates, Hotwire’s global CEO