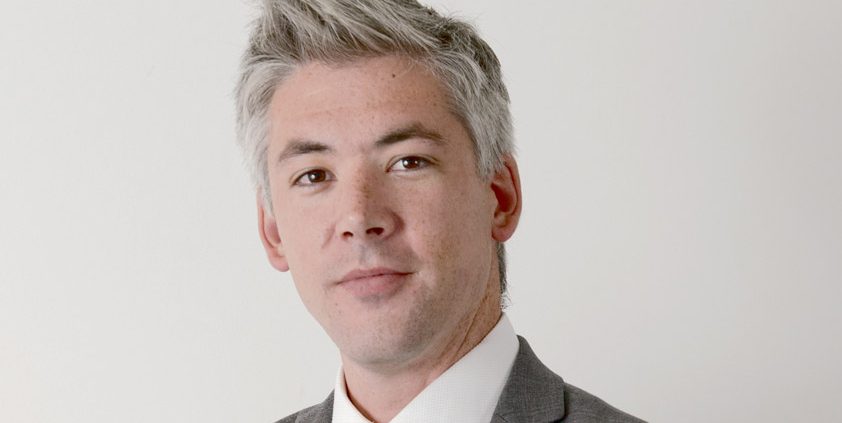 Christian May, editor of City A.M., reflects on the success of the newspaper on the day of its 3,000th issue, discusses his transition from PR to journalism and imagines what the 6,000th issue might look like.

City A.M. published its 3,000th edition today. Given that some industry experts thought it would only last six months, what has been the key to it reaching the milestone?

In the early days, the paper’s late deadline was a real advantage as it meant we could carry the latest lines coming out of Wall Street during the financial crisis. It made the paper a morning must-read in the City. That late deadline (we go to print at 1am) is still something we value, and it’s not unusual to change the front page after midnight. More broadly, I think the founding principles of the paper earned it a loyal following – a belief in the benefits of free-markets, punchy comment pages, snappy and digestible stories, an interest in people and personalities and an understanding of what makes business tick.

Your appointment as editor was your first newspaper role. What were the challenges of moving from PR and comms into a high-profile journalism role?

It was a busy summer, I’ll say that. Unlike other jobs there’s no bedding-in period: I came in on Sunday August 17 2015 to do Monday’s paper, and then Tuesday’s, and then Wednesday’s… there’s a lot of learning on the job and I had the support of a fantastic team. More importantly I had the trust of the proprietors and the freedom to do what I wanted: tabloid-style front pages, robust commentary, more politics, fresh columnists and a sense of fun alongside the serious, financial journalism. The main challenge, and I say this in hindsight, was getting to grips with the managerial side of a far bigger team and far bigger operation than I’d previously been in charge of. The editorial side of things seemed to just fall into place.

Because you’ve not come from the traditional newspaper editing route, do you think you’ve done things differently as editor than others who have followed the more traditional route?

It’s possible I was more interested in the perception and reputation of the paper, having come from a PR background. Of course, the best way to manage and improve that reputation is through quality journalism and commentary. I was keen to raise the paper’s profile, which explains the emergence of fun, poster-style front pages and the introduction of the leader column on page 2. I do a lot of events and broadcast interviews, which I’ve always enjoyed but which are also good for the paper’s brand.

How does City A.M. distinguish itself from other publications focusing on the City and financial markets?

We have a real eye on London, which is important. Of course, London is a global city and so our patch can be pretty international in its scope, but we like to cover the people and the businesses that people know about – and report on the new ventures coming through. We cover start-ups and entrepreneurs as much as we do the international banks and multinationals. We also enjoy success: deals, sales, acquisitions, innovation, progress – and don’t shy away from that in our editorial tone. Alongside everything you’d expect us to cover, we also like good news.

Which stories do you find readers are most interested in and best respond to?

Right now it’s Brexit, Brexit, Brexit. There’s a huge appetite for the latest analysis or the latest reactions from markets or corporates. That means we have a lot of political coverage, but it doesn’t mean we lose sight of what we love doing: breaking corporate and financial stories. I think people value our economics coverage, as well as the fact that we’ve widened our scope beyond banking. We’re just as likely to cover mining, media, tech, leisure and cyber-security as we are investment management, hedge funds and deal-making.

Are there differences in the stories you look to run for the print publication and the website?

The website has a news team on duty from 6am, which is a good few hours before we start to think about the next day’s paper, so the online team deal with a lot of breaking news, and we can take a slightly wider look at the story for print. The economics of this industry mean that digital is increasingly a focus for development and revenue generation, and we have a great online team, but I believe there is enduring value in a curated, quality print product – and there always will be.

City A.M. also publishes a number of magazines. How are these different to the daily print publication and what sort of content is featured?

People are often amazed to learn that our daily paper (covering news, comment, sport, features, lifestyle) rolling website and stable of 6 magazines are all produced by a team of around 20 people. It’s a phenomenal amount of content to produce and the team do a great job. The magazines include Living (property and interiors), Bespoke (luxury goods) and Money (personal finance), along with specials on food and travel. I think the magazines are gorgeous – beautifully designed, full of great interviews, photography and features. It’s longer-form content with a longer shelf life.

Given you’re from a PR background, do you find that helps when dealing with PRs? And what’s the best way to pitch to City A.M.?

I do understand the world of PR perhaps more than a journalist who hasn’t worked in it before, and so I know the job that PRs are trying to do. Pitches range from the generic (and hopeless) shotgun approach to the more thoughtful and bespoke requests. Stories and features do emerge from the efforts of PRs, and of course we often go into battle against them when they’re trying to shield their client from our efforts. I always try to be honest – if a pitch isn’t for us, I’ll say so. Provided the email doesn’t start with “Happy Monday!”

Finally, what would you imagine the 6,000th edition of City A.M to be like?

I imagine you’ll be able to read it on your contact lenses but for the traditionalists out there, I can assure you we’ll still be printing.

Opinion: Why “PR” is having a renaissance
Brendon Craigie, co-founder and managing partner at Tyto PR, examines why PR professionals are once again adopting the PR moniker. The public relations industry is in the [...]
News Analysis
Request a Demo and Pricing
Connect on Social:
60 Seconds with OneChocolate’s Jill Coomber and Sue Grant