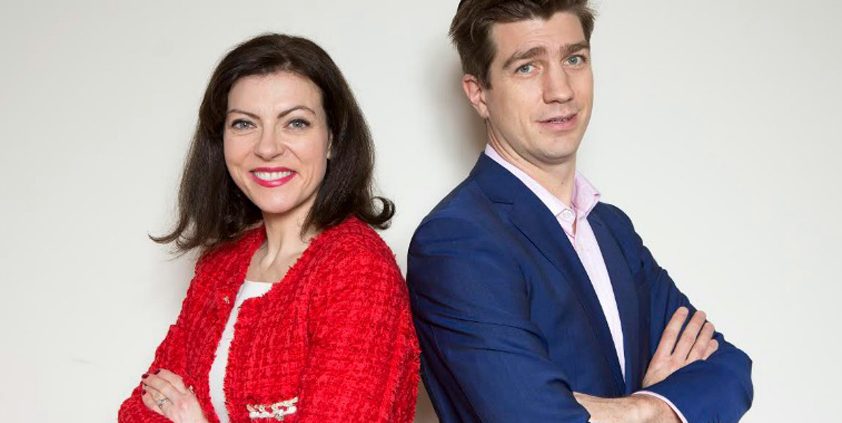 John Higginson (right), Higginson PR’s co-founder, discusses why he and his wife Clodagh (left) set up their own agency, the growth of the business and how comparable the role is to his time in journalism.

You’ve just opened two new offices, are you surprised at how quickly the agency has grown after setting up early this year?

Yes. I knew we had a great offering but it is impossible to know how you are going to do. Predicting growth for an agency has an element of the crystal ball about it. You never really know when you are going to win the next big account.

But we’ve been very lucky: we secured great clients early on. We’ve been able to do great work, which we believe in, for them and it has led to more. Only one client has come through a competitive pitch.

Why did you and Clodagh decide to leave journalism and set up your own PR agency?

I absolutely love journalism. Both of us do. It’s in our blood. But then a point came when another general election was called and I felt weary at the thought of it instead of excited. It was at that moment that I thought I have to do something else. I learned the ropes in two great communications agencies but after a few years setting up my own firm was a natural next step.

Clodagh had spent 20 years in journalism with the last year of that getting up at 3am every morning for Good Morning Britain. We’ve got two young children who didn’t understand why their mum was talking on the TV instead of eating breakfast with them. I was able to convince her to take the leap.

You were Metro’s political editor for seven years. Which transferable skill learnt in journalism has proven most useful in your transition to comms?

The ability to spot a story and to know which publication will run it. I was quite surprised when I came over to the other side at how many communications firms have no-one in their teams that has been a journalist.

You don’t need everyone to have journalistic experience: there are some great communications professionals out there who haven’t had that experience. But if you don’t have anyone in your team who has worked as a journalist the job’s a lot harder. You’re shooting in the dark a bit.

Higginson PR has seen massive growth since you started the company in early 2017. What has been the most challenging part of growing an agency from scratch?

Bringing in the most talented people. I am very lucky to have a hugely talented team but the search for talent has been never ending. Clients want to know that you have got them the absolute best people and the only way you can do that is by searching the whole talent pool.

We’ve just moved in to expensive super cool offices in Aldgate; people assume it’s to impress the clients but the truth is the clients don’t care – it’s to help us pull in the best talent.

You have worked on several high-profile political campaigns. Which campaign do you look back on with most satisfaction?

In 2014 I co-created a campaign to limit the amount of time people spent on pre-charge bail – a form of bail administered by the police when they do not have enough evidence to make a charge. Hundreds of thousands of innocent people in Britain were being held on it indefinitely often for spurious reasons.

The 30-day limit we fought for was made into law earlier this year. It’s a great example of how lobbying can be a great force for good and I’m very proud of that campaign.

Revenues from traditional media are declining as content moves online. Have your clients’ expectations shifted in the context of changing ways of consuming news?

The demand for video content is only going up which is why we have a superb award-winning videographer in our team creating amazing viral videos for clients. But I still get a great thrill seeing a story we are behind appearing in print. There is something magical about a printed newspaper.

Clients often prefer the digital version as it is easier to share by email. But one thing hasn’t changed: a great story is a great story. People spend too long trying to understand the medium. If the content is great it will be shared across mediums.

Finally, securing a coveted scoop is one of the best feelings a journalist can have. What is the equivalent for a PR professional?

It’s the same: securing a coveted scoop. How many scoops nowadays don’t have a communications professional somewhere in the background helping to bring that story to light? It’s just instead of being rewarded with a by-line you get rewarded with a happy client.

Opinion: Why “PR” is having a renaissance
Brendon Craigie, co-founder and managing partner at Tyto PR, examines why PR professionals are once again adopting the PR moniker. The public relations industry is in the [...]
News Analysis
Request a Demo and Pricing
Connect on Social:
Meet the Journalist: Antonella Cattaneo, Automazione Oggi