With Total Guitar undergoing a full redesign this month, Gorkana talks to Future Publishing’s music group editor-in-chief, Daniel Griffiths, to find out what’s new in the magazine for dedicated ‘keeners’, why rock ‘n’ roll is certainly not dead and what PRs can do to help with its revamped content.

Total Guitar looks different. What have you changed and why?

Well, we like to keep ahead. Total Guitar is a magazine with a huge range of styles to cover – everything from metal to folk – and as such we like to give it a regular revamp in order to keep it on target and relevant.

That means new sections, such as the new dedicated acoustic section, or the new ‘Blues Turnaround’ tuition pages. We’ve added more straight guitar tuition in a more easily digestible form. And then the usual wash and brush up to feel more ‘2017’.

You appear to be aiming for a different audience. Who is Total Guitar read by and what do they get which they cannot get elsewhere?

We’re here to please our current audience of dedicated ‘keeners’ who want to get better at playing as fast as possible, but certainly we’d like to attract some fresh players too. We honestly believe that everyone would like to start playing the guitar and we’re here to make that journey as simple and fun as possible. Likewise lapsed players. We all know someone with a guitar on the top of the wardrobe. We want those guys to join us too.

TG is all about sounding great fast and that means using quick techniques that cut the boring corners, and using the latest gear – apps and modelling amps instead of splashing thousands on rare collectables. It’s that sense of ‘easy’ and ‘doable’ and ‘now’. That’s what I think of when I think of TG.

Its 2016. Isn’t rock ‘n’ roll dead? What do you put the enduring appeal of the guitar as an instrument to play and listen to down to?

If anything, it’s the really retro sounds that are in right now. Acoustic playing is all over the streaming playlists and the desire to discover and master genres such as blues is stronger than ever.

I think music can never deny the appeal of someone standing on stage wielding an electric guitar. It’s just a cool thing to do. Standing there with this…weapon! I think every summer someone attends their first gig or festival and comes away saying “Yeah, I want to do that.” We love those guys and we’re here to help them do it.

Bob Dylan famously ‘went electric’ 51 years ago. Why is the time right for you to introduce an acoustic section in TG?

Music has a habit of suddenly flipping direction, hasn’t it? I love it that acoustic is back in the spotlight. Perhaps rock music had got too tough? Too angry? And dance music too fake? Too generic? Folk has been quietly on the rise for years and now you have real certified ‘popstars’ crossing the line, playing acoustic and bringing full-on mainstream audiences along. Ed Sheeran playing Wembley Stadium. I mean, wtf? James Arthur, Niall Horan even. So retro but somehow ‘now’.

And the petrol to the fire is that acoustic guitars are cheaper than electric ones. And you don’t need an amplifier and any of that ‘fiddly’ stuff. You hit it and it makes a cool noise. It’s easy to see why acoustic is so relevant to lots of people right now.

How important is online to the title. What is the difference in content and audience between TG online and in print?

Well, TG is very much ‘a magazine’ and does ‘magaziney’ things. We’re blessed that things like music notation or large detailed photographs with annotations work best in a magazine. And we’re very happy about that because that’s what we’re about! The online side of Total Guitar is its input into our MusicRadar.com site, which also features content from Future’s other magazines, such a Guitarist or Computer Music.

TG inputs its news and reviews there and maintains a reputation as being ‘on the ball’ and all about the now. Our intention is for the casual online viewer who visits to see what’s new, to become a regular consumer of the real ‘meat’ of what we’re about, and that’s our great new magazine.

How do you and the TG team like to be contacted by PRs?

TG is always on the lookout for new gear, interview opportunities and cool, modern guitar ‘stuff’ – as broad and vague as that sounds! Anyone who’s got something fresh to offer should contact TG’s genius editor, Stuart Williams via email at stuart.williams@futurenet.com.

If you PR for any of the world’s biggest bands then don’t hesitate to get in touch! Stu and the team have a great Metallica exclusive coming up that we can’t wait to get out there. Interview opportunities, checking out guitar rigs backstage or in the studio. We love that stuff. The writing and photography in TG is second to none. Anything cool and new – be it music, or the gear that makes it – is what TG is all about.

How does TG fit into the wider music portfolio at Future?

TG sits perfectly alongside our other guitar magazines. Guitarist is top end. World class players and super-rare expensive gear. It’s all about heritage and ‘the greats’. Guitar Techniques is 100% about playing better and attracts a serious set of real players. And TG is there for those starting out – they want to buy affordable gear, and learn tunes they love, as quickly as possible – and players who might be great at technique but want to know what the latest kit can do for them and how to get the sound of the music they love.

Add in magazines like Acoustic, Bass and Rhythm, the drum mag,  and Future Music and Computer Music for music production, synthesizers, dance music etc and we really feel like Future’s portfolio has got it covered. It’s a very exciting time for us with the desire to play and produce and take part in what I believe to be the most rewarding and worthwhile hobby in the world, as strong as ever.

Who’s your guitar hero and why?

Damn… After all this talk of ‘the now’ and being ‘modern’ I have to be go ever so slightly ‘proggy’ at the final hurdle! Steve Howe of Yes is my guitar hero. Stunning player. Lots of notes… And a master of every style going. Clap on The Yes Album.

And the solo on Starship Trooper… I always loved the way he never let it show on his face. Even when he was absolutely slaying it. I’m not a fan of guitar gurning… Steve and Clint Eastwood were pretty much interchangeable when I was growing up. He’s just very cool. 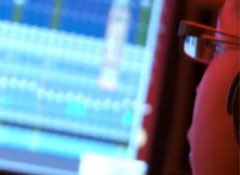 The 3 key ways music can help your ad to resonate
The purpose of all advertising is to drive sales. Advertisers use many tactics for this, and one of these tactics is the use of music. Music is used to connect with consumers [...]
Guest Posts

Meet the Influencer: supercar vlogger Mr JWW
From racking up 37 million views in 14 months to discovering the “world’s best driving road” – Mr JWW reveals how he has become one of the internet’s biggest [...]
Interviews
Request a Demo and Pricing
Connect on Social:
Gorkana meets…The Travel Magazine