Bill Bailey for No Man’s Sky

Jinn, an online courier service which claims to let users order “anything they wish”, has appointed W to lead its PR, as the brand embarks on a UK-wide roll-out programme.

The Smalls, a content marketplace that connects filmakers with brands, publishers and agencies, has brought in consumer lifestyle PR agency See.Saw to handle the PR for the 11th annual Short Film Festival, which starts today (2 September).

The BIG Partnership has opened its fifth Scottish office in Dundee – and seventh in the UK – after securing contract wins worth £250,000 in its Manchester base, which it launched two months ago.

How Abba can guide you through Brexit’s comms challenge
Bill Penn, chairman at Aspectus, explains why Abba’s enduring pop hit Knowing Me, Knowing You perfectly describes how comms experts should communicate around Brexit.

Making the most of employee-led storytelling
Sophie Lister, a client director at Hudson Sandler who specialises in corporate storytelling, talks about the value of an employer brand, and shares some tips for engaging staff and sharing that positive message.

IFA Berlin: what PRs need to know
IFA Berlin is one of Europe’s largest consumer electronics trade shows, bringing in major tech brands such as Samsung, Sony, Lenovo and Motorola. As the conference opens its doors to exhibitors this week ( Friday September 2), Gorkana finds out how the location makes it stand out as a media event and asks comms pros how PRs can best secure coverage.

Does ‘silly season’ still exist for PR agencies?
Agencies Launch PR, FleishmanHillard Fishburn, Nelson Bostock Unlimited and Porter Novelli tell Gorkanathat the traditionally slower news cycle commonly experienced by PRs across the summer, or ‘silly season’, no longer affects them as it has done in the past.

Thea Darricotte has been promoted from retail editor to executive editor at Conde Nast Traveller (UK).

Mark Hayhurst has been appointed editor at Sports Insight.

Danielle Radojcin has been promoted editor-at-large at ASOS, moving from her previous role as editor of daily content.

Eve Hartley is now multimedia editor at The Huffington Post (UK), moving from her former role as video writer.

Future plc have launched  Horrorville; a quarterly title the focuses on horror film, literature and television in a contemporary and mature way.

PR Case Study: No Man’s Sky
To celebrate the release of the highly anticipated space adventure game No Man’s Sky on PlayStation 4, Fever enlisted the help of comedian Bill Bailey to “go where no man has been before”. The result? Sales targets smashed and No Man’s Sky became the second biggest PS4 launch.

60 Seconds with Manifest CEO Alex Myers
Alex Myers, founder and CEO at Manifest, talks about office moves, international growth and his ambition to have five offices on five continents by 2020.

Gorkana Meets…Emerging Europe
Andrew Wrobel, head of editorial at Emerging Europe, talks to Gorkana’s Ben Spencer about the online publication’s focus in terms of content and audience and its special projects, including the upcoming report on Belarus. 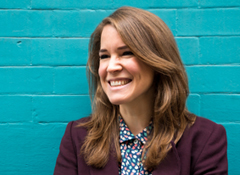 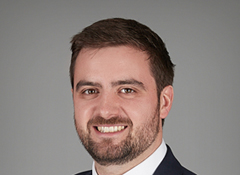 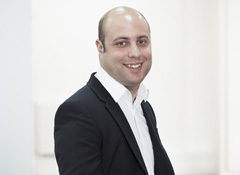 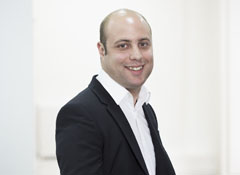