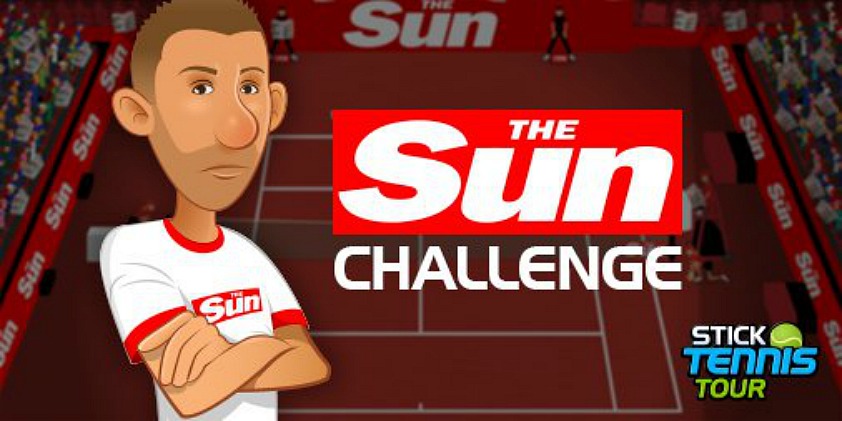 When readers of The Sun opened the paper last Friday, they were met with a challenge to take on games editor Lee Price in a game of Stick Tennis Tour 2.0 that day. Behind the scenes, Stick Sports had briefed PR and marketing agency Dimoso to publicise the launch of its newest game by partnering up with a major press partner. The results? A 666% increase in iOS downloads on the day and 78% of users beat Lee Price at the game.

The brief required the agency to:

Stick Sports Tour tasked Dimoso to drive players and work with a major press partner. With that in mind, Dimoso secured a great opportunity with The Sun and The Sun Online.

Working with games editor Lee Price, Stick created a Sun-branded court (complete with courtside fans reading the paper in the stands) with a character created to represent Lee, who the public where challenged, over a 24 hour period, to play and beat.

The initiative launched on Friday 12 February at midnight, to suit the global audience that Stick Sports attracts. The Sun also agreed to place Stick Tennis Tour as the lead story on 12 February. The piece also ran in The Sun newspaper, landing on people’s breakfast tables first thing in the morning. The challenge was well and truly set.

Throughout the day the event gathered momentum as players began reading the piece in the paper and online, then challenging Lee in the game and showing their scores on Twitter.

Stick Sports had no paid campaigns running in the UK on Friday, so the uplift in downloads would be solely down to The Sun and associated social media activity.