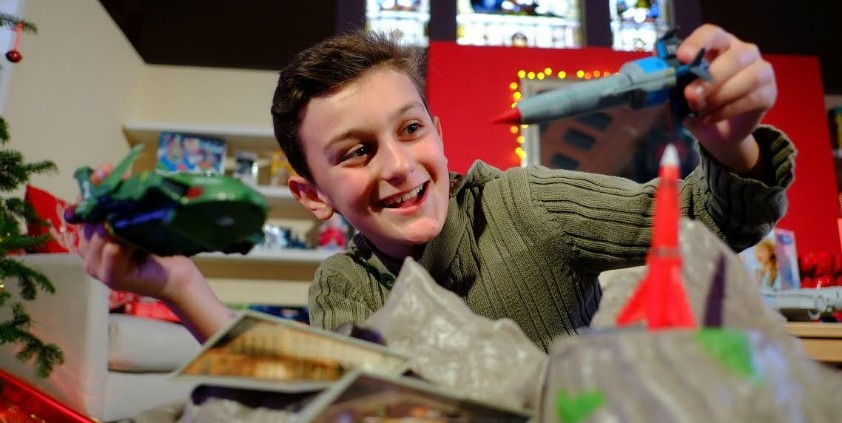 To launch the Toy Retailers Association’s DreamToys list, Bastion decided to recreate Christmas day on a mild November morning with a 25-foot Christmas tree surrounded by this year’s most wanted toys.

Every November, toy retailers come together to announce what they believe will be the most wanted toys in the upcoming festive season through the DreamToys list. The list, selected by an independent panel of retailers which includes Argos, Boots, Selfridges, Smyths Toys, The Entertainer, TK Maxx and Toys R US, is made up of between 60 to 70 dream toys. The panel also choses a top 12 from that shortlist.

The Toy Retailers Association brought in Bastion to place toys at the forefront of customers minds during a congested festive period.

Our aim was to bring the magic and excitement of Christmas forward to early November, transporting those who attended our press event back to that feeling of anticipation we all feel as a child when about to unwrap our presents.

Located at St Mary’s Church in Marylebone, at 25 foot tree was erected in the centre of the hall with large presents boxes placed around the tree to house this year’s must-have toys.

Behind the tree a traditional Christmas room set was designed. It played home to eight children who spent the morning playing with the toys.

To add the final bit of Christmas sparkle, local school choirs visited on the day to perform their favourite Christmas carols and traditional Christmas lunch was served in a tasting bowl for all attendees.

With this all in place, the team at Bastion worked vigorously to invite key media from broadcast and national newspapers, to bloggers and vloggers. Our social media team worked hard on the day to target our key demographic and our video production team, Turnstile Productions, created compelling b-roll and video content to aid digital coverage.