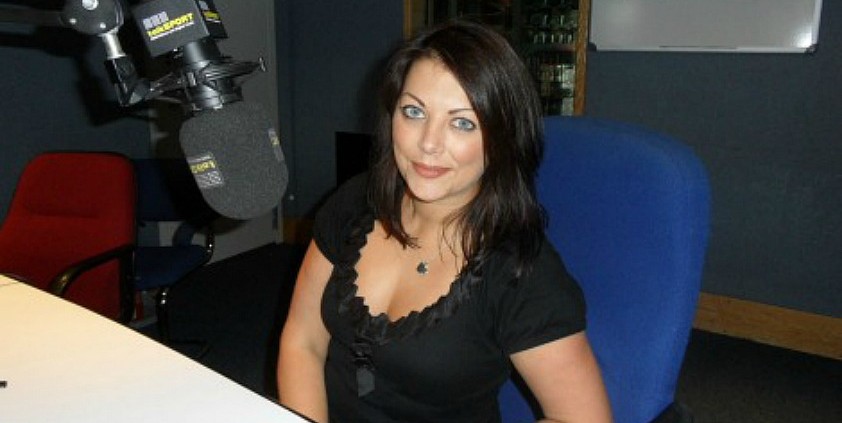 Robyn Schonhofer, news and sports editor at talkSPORT, on PR spam, her auto delete reflex and creating 48 bulletins every day.

You’ve worked in radio for more than 15 years. Tell us about your career to date.

I got my first job off the back of a work experience placement at Southern FM in Brighton. I was invited back to work over the summer and was then offered a full time job as their reporter. I never went back for the third year of my Journalism degree. I had fantastic mentors at Southern who nurtured me for three years.

I left Southern to join what was Century FM in Manchester where I was a reader on a late night show called Jezza’s Confessions – he’s more commonly known by his full name now, Jeremy Kyle. He’ll always be Jezza to me! Within a year I’d moved to Virgin Radio where I helped launch their in house news service. After three very happy years at Virgin Radio I was approached by talkSPORT and eight years later I’m still here!

You were recently appointed news and sports editor – talk us through your role.

I manage a great team of staff and freelance broadcast journalists who provide the news and sports bulletins on talkSPORT. During the day we have a newsreader and sport reader, while overnight one person will do both. I am still hands on and do bulletins every half an hour between 10am and 5.30pm during the week. In between writing and presenting my bulletins I keep across the wires, flag up stories to programming, make sure the team are on top of what needs to be done and organise rotas.

Interesting content! As a news team we are really lucky to be working at a 24-hour speech station. We generate a lot of our own stories from the interviews that take place during the shows. Often we will be reporting something that appears in other media outlets the next day. We work to a sports brief so if it’s sports based or a story with sporty twist or angle chances are we’ll be interested.

TalkSPORT became a 24-hour sports station last April – how did that change the way you work?

It changed our focus slightly so that editorially our news bulletins are now more sports based. When I was first presented with the challenge to inject more sport into the news bulletins I thought it would be difficult but sport plays a huge part in our lives (whether you like it or not) and it goes way beyond transfers and injuries. Lance Armstrong’s downfall, the new Hillsborough inquiry, Oscar Pistorius murder charge and Sir Alex Ferguson’s retirement are just some of the stories I dealt with last year. Throw in headlines that come out of show interviews and hardly a day goes by without a sports based news story. That’s before you even get to the gift that keeps on giving that is footballers tweeting!

Of course major international and national events and stories will always be awarded the respect they deserve but like most broadcasters we aim to tailor our news to our audience and often my lead story will differ from other outlets.

How many news bulletins run each day?

*gets out calculator……. Bulletins run every half an hour 24 hours a day so the simple answer is we create and present 48 news and/or sport bulletins every day. However overnight the bulletins on the half hour are sport only and when we have match commentary it’s not possible to do regular bulletins. I’m on air for the whole of my shift which means I produce and present 16 mews bulletins a day.

Who is the typical talkSPORT listener and which sport attracts most listeners?

talkSPORT is for those who crazy about sport and also for those who have a passing interest in it and want to join in the conversation. I know people who have no real interest in sport but like what the station does and tune in regularly. According to the research figures, most of the audience is male but we’re not gender specific. Football is our key sport.

Think talkSPORT. There’s in no point bombarding us with press releases about sleep in rollers (that actually happens) what on earth are we going to do with that!? It has to fit with our audience. Obviously we like to focus on sports-orientated stories however many of the shows step outside of that, you have to identify and target them. PR-spamming us (I call it ‘pramming’ because it makes me think it’s a newborn PR person doing it) with generic press releases in the hope of getting coverage is not going to work. If you’re pitching a story make sure you know where it will sit within the station and approach that show directly. Develop a relationship with show producers.

Aside from that, gift wrap the info. If you want to get your story past my auto delete reflex then write a good subject line, tell me the story in the first paragraph and for the love of all that is holy get the facts in there. Sloppy press releases are a no no. So is telling me to go find the information you’ve missed out/ can’t be bothered to include by reading other coverage you have secured. That happened recently. You can imagine how well it went down.

What’s the best way for PRs to get in contact?

Email. Phone if it’s time sensitive. Never call the news desk before the top of the hour or just before the half hour. We’ll be prepping to go on air.

What do they need to think about to make a radio story work?

You’ve got nearly 22,000 followers on Twitter – do you mind if PRs pitch to you via this channel?

If you can pitch something in 140 characters good on you! Approach via twitter but pitch via email, phone or in person.

What do you have to regularly tell PRs you don’t cover?

The list is endless but telling me how great Sleep in Rollers are is top of the most ridiculous list (although I’ve read about them so many times now I might have to get some!)

We have a separate online team who look after the website. It reflects and complements what happens on air.

And finally, your favourite sport?

Football. I’ve been a Brighton and Hove Albion fans since I was a child. After that I like basketball and I am fascinated by gymnastics.

Meet the Journalist: The Brighton Beezer publisher, Ilana Fox
Ilana Fox, the woman behind The Brighton Beezer, tells Gorkana’s Ona Zygaviciute about why she launched the publication, what makes it unique – and the role print journalism [...]
Interviews
Request a Demo and Pricing
Connect on Social:
Gorkana meets…Top Santé Gorkana meets…ShortList Sport
Scroll to top
Cookie Policy